"I can't think of a more perfect novel to recommend to book lovers than The Paris Library! Not only does it bring to life the true story of the heroic librarians of the American Library in Nazi-occupied Paris, its interwoven narrative of a bereft teenager in 1980s Montana who finds a kindred spirit in her mysterious, reclusive, and book-loving French neighbor is a feat of extraordinary storytelling. The Paris Library is a testament to the everlasting power of literature and literary places to bring people together and be a home for everyone, even during our darkest, most hopeless, and divided times." --Alyssa Raymond, Copper Dog Books, Beverly, MA 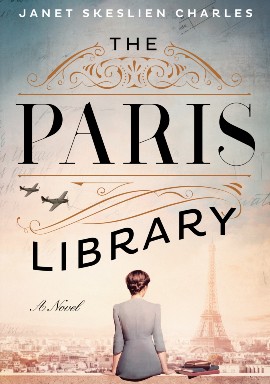 Independent booksellers across the country have chosen The Paris Library by Janet Skeslien Charles (Atria Books) as their top pick for the February 2021 Indie Next List.

Based on the true story of librarians at the American Library in Paris during World War II, this novel follows Odile in 1939 and Lily in 1983 as they navigate the nature of consequence, love, and friendship.

Charles is the award-winning author of Moonlight in Odessa, which was published in 10 languages. Her shorter work has appeared in revues such as Slice and Montana Noir. She first became interested in the true story of the librarians who stood up to the Nazi "Book Protector" when she worked as the program manager at the American Library in Paris.

Where did the idea for this story come from?

I was 10 years old when I started thinking about elements of this novel. I always wanted to write about a war bride. Growing up in rural Montana, I was fascinated by my neighbor, a French war bride. She left her family, her friends, and even her language behind in order to marry a G.I. she didn't know very well. She was incredibly brave. 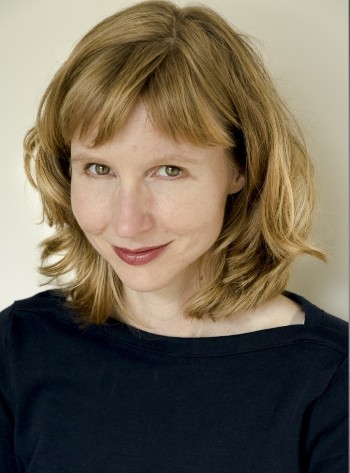 She inspired my interest in France. I later got a job at the American Library in Paris and learned about the courageous librarians who defied the Nazis in order to deliver books to Jewish readers. The storylines and settings came together.

My first novel, Moonlight in Odessa, is about an email-order bride. The Paris Library is about a war bride. In both, I explore themes of culture shock and the challenges of starting over in a new country. This is because my friends and I have had to navigate language and cultural differences, and work to reinvent ourselves in a new place.

This book centers on Odile and her young neighbor in Montana, Lily. How did you craft their characters?

I based my character Odile on Odile Hellier, a Parisian bookseller, for her kindness and her love of English and American literature. Physically, when I thought of my character, I thought of Hellier, with her auburn bob and excellent posture.

An early reader called my character "a blend of Yoda and Oprah." I struggled to get Odile down on paper the way I saw her. What I had in my head wasn't appearing on the page, and that was frustrating.

For Lily, I reached into my past and remembered what it felt like to want to leave town. For people in Froid, I remembered all of the wonderful people I know, friends and family, former teachers and bosses. These days, I miss Montana.

Why did you choose to set this story in both WWII-era France and Montana in the 1980s?

I wanted to talk about the people, events, and choices that make us who we are, as well as the impact we have on each other. One of the important themes of my book is the transmission of stories so that loved ones continue to live on through us. We keep their stories and their ideas safe. Odile used expressions from her colleagues and family with Lily--"Put yourself in someone else's skin," for example. By the end of the book, Lily has internalized their ideas and thoughts, though she has never met them.

Writing is a solitary process, but my research allowed me to get to know several amazing people. I corresponded with the children, grandchildren, and nephews of my real-life characters. A highlight was meeting Boris' son and daughter. Both had spent time in the Library, and it was important to have their impressions. I reached out to librarians in France, Idaho, Rhode Island, Maryland, Illinois, and Washington, D.C., to track down information about my characters. I interviewed three French women who lived during the occupation: my student Madame Nathan, my husband's grandmother, and a dear neighbor.

I wrote and researched in the Bibliothèque Nationale de France. The research section is a vast sub-basement. It felt like being in a bunker. But they have an incredible collection. I read several years of Library Journal magazine as well as the Paris edition of the Herald Tribune to learn more about the news, preoccupations, and fashion of 1939 Paris.

Books are at the heart of this story--not only do they bring people together, they give Odile a sense of purpose. Why put the focus on books during WWII?

I am in awe of the librarians who stayed in France during the war. Most people left Paris as the Nazis got closer, but the director, Dorothy Reeder, remained at her beloved library.

Most streets in Paris are named after men. Most people mentioned in history books are men. I chose this time period because I want the world to know about Dorothy Reeder's courage, her passion for the library, and her belief in books as bridges.

In your author's note, you mention that some of the characters we meet in the American Public Library are based on real people. What was your experience with fictionalizing them?

I loved speaking to the family members of the real-life characters. This is how I learned of Boris' experience of the Russian Revolution and his family life. Interviewing them brought home the importance of one of the themes of my book: the transmission of stories. Keeping loved ones alive through talking about them and remembering their stories.

Fictionalizing the real-life characters was challenging because I was hesitant to put words in their mouths. I felt a great reverence for these characters, and worked hard to get them right. I read hundreds of pages of correspondence. I scrutinized photos and became an obsessive Googler because I saw that archives were adding documents every day. I bought photos of Dorothy Reeder and Clara de Chambrun on eBay. It still surprises me that our history is for sale on the internet.

The best review I could hope to receive came from Boris' son Oleg. In 2015, he wrote that he read the manuscript in four days, though it was 400 pages and in English, and that I had captured his father and the atmosphere of the library.

One theme explored in this story is the consequence of choice--Odile's own choices, as well as those of her father and fiancé, haunt her. What drew you to this particular idea?

We all make mistakes; we all hurt other people. I was drawn to this idea because when a loved one did something to hurt me, instead of apologizing, she said, "I'm sorry you're upset." These days, many people don't seem able to take responsibility for their actions. I started to wonder why it has become so hard to say sorry.

What is the significance of indie bookstores in your life?

Here in Paris, independent bookstores like Shakespeare & Co. and The Red Wheelbarrow are community centers that bring people together to celebrate life and the written word. I need these bookstores like I need air. For several years, I led a writing workshop in the upstairs library of Shakespeare & Co. It was an incredible experience to begin class as the bells of Notre Dame chimed. Recently, I became an investor in The Red Wheelbarrow. It is my favorite bookshop. The owner, Penelope Fletcher, tells the best stories and recommends just the right book at just the right time. Walking into her bookshop feels like coming home.

I wrote this novel as a love letter to libraries, to bookstores, and to book people. In these difficult days, we need the sanctuaries of bookshops and libraries more than ever.