Spy fiction has many modes and guises, encompassing superspies like James Bond and more grounded characters like George Smiley. The tone often depends on how frankly the author wishes to engage with espionage's checkered history. For a not-so-brief primer on the CIA, I recommend Tim Weiner's excellent Legacy of Ashes (Anchor, $18.99). The title makes his perspective clear, but he backs up his laundry list of global misdeeds with mountains of evidence. 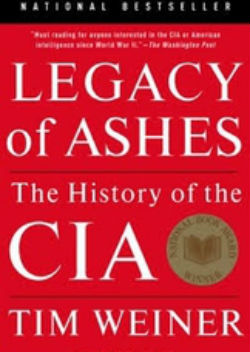 Graham Greene proved that spy fiction could be gripping and politically aware in 1955 with his classic The Quiet American (Penguin, $17). The novel takes place in the waning days of French colonialism in Vietnam, using the idealistic CIA agent Alden Pyle as a window into the United States' growing involvement. Greene's novel is a cogent and sadly prescient critique of American foreign policy, showing how the best intentions can go terribly awry.

Two more recent books have offered similarly scathing critiques of Western spycraft. In Lauren Wilkinson's American Spy (Random House, $27), the mission of the protagonist--a young black woman--is to get close to the real-life revolutionary and president of Burkina Faso Thomas Sankara, who introduces her to the terrible compromises that often marked the United States' Cold War policies. Louise Doughty's Black Water (Picador, $16) is set in Indonesia in 1998 and follows a member of a shadowy international organization as he waits for his sins to catch up to him. These sins are described in flashbacks to 1965, when an attempted coup and subsequent anti-Communist purge left as many as a million Indonesians dead. The military leader who oversaw the coup was U.S.-supported, and intelligence services like the protagonist's organization played a role in abetting the massacre. The protagonist's feelings of guilt may in some sense stand in for our own, as readers are forced to contemplate what was done in the name of fighting Communism. --Hank Stephenson, bookseller, Flyleaf Books, Chapel Hill, N.C.