My antiracist reading this summer includes the usual suspects (White Fragility; How to Be an Antiracist), but just as crucially, I've been spending time with Mildred D. Taylor's Logan family. 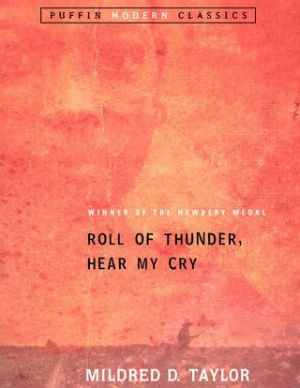 Outspoken, whip-smart Cassie Logan entered my life in the fourth grade, when I discovered her story in Roll of Thunder, Hear My Cry (Puffin, $8.99). Unusually for Depression-era Mississippi, Cassie's tightly knit Black family owned their land, and the book tells of a year when they fought to keep it. I also loved Taylor's powerful sequel, Let the Circle Be Unbroken (Puffin, $8.99); they're both as rich and compelling now as they were 25 years ago. But there's more to their story, and I've been relishing and learning from the new-to-me chapters of the Logan Family Saga.

Taylor's 2001 prequel, The Land (Puffin, $7.99), chronicles the childhood of Cassie's biracial grandfather, Paul-Edward Logan, and his quest to acquire his own land. The Road to Memphis (Puffin, $9.99) follows the teenage Cassie, her brother Stacey and several friends as they spirit a friend out of town after a racially charged altercation with three white men. (Bonus: the reissued paperbacks feature covers by 2020 Caldecott Medalist and Coretta Scott King Illustrator Award winner Kadir Nelson.)

Taylor's concluding Logan novel, All the Days Past, All the Days to Come (Viking, $19.99), picks up Cassie's story in adulthood. She travels the country, finds both love and grief, and goes home to Mississippi to participate in the civil rights movement of the 1960s. Taylor, who won the 2020 CSK-Virginia Hamilton Award for Lifetime Achievement, returns to her perennial themes of justice, equality, fierce pride and the Logans' deep love for their land and one another. Their strength and dignity in the face of discrimination are a potent reminder that Black people have suffered long enough: it's time for white Americans to do better.