Micki Browning, author of the award-winning Mer Cavallo Mysteries, is set to be a guest presenter at the upcoming Mystery Fest Key West, happening June 28-30 at The Studios of Key West and other landmark Key West locations.Browning’s debut novel, “Adrift,” was an Agatha Award Finalist for Best First Novel. “Beached,” the second in the series, won the 2018 Royal Palm Literary Award for Best Mystery and Published Book of the Year. Those attending the Fest will have the opportunity to meet and talk mysteries with her. In the meantime, the author has agreed to answer a few questions: 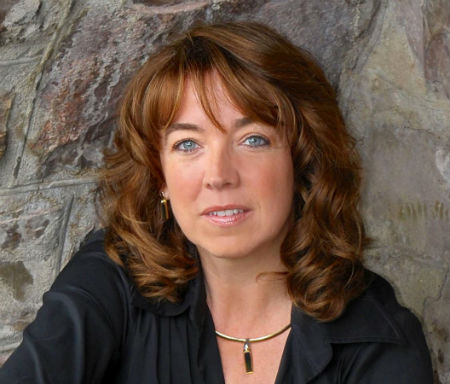 Q:You have a background in law enforcement that includes the FBI National Academy. How has that influenced your choice of genre and subject matter for your books and short stories?

MB:I’ve had people express surprise that the protagonist in my first series is a marine biologist, diver, and amateur sleuth, but after twenty-two years as an officer, I wanted to focus on something else. My husband and I moved to the Keys and I became a professional divemaster. While I initially wasn’t ready to write a police procedural, I couldn’t escape writing about crime. My background certainly informs my writing, but the lessons that stuck with me were less about tactics and more about people. Life is messy. Complicated. That’s what I try to capture in my writing. Now I’m ready to return to my roots and my next novel is a police procedural set in Colorado.

Q:The Thirteenth Galleon, a mysterious Spanish ship that wrecked centuries ago, is a legend you invented for the plot of “Beached.” How did you connect it to actual history? How do its details veer from history?

MB: I earned my degree in Medieval Studies and I’ve discovered that I enjoy blurring the line between history and fiction. It’s fact that King Philip V’s ill-fated Spanish treasure fleet left Havana on Friday, July 13, 1733, and within days was overtaken by a hurricane. The shipwrecks dot the Atlantic edge of the Florida Keys and their locations are historically well documented. Using a medieval expulsion order from 1492 for motivation, I laid a breadcrumb trail of gold “portrait dollars.” The coins are real, but rare—so rare, it made me wonder where the rest of the cache was and how I could go about finding it. So began the what-if game. I added 300 years, switched monarchs, mixed in a touch of colonialism,et voilàthe Legend of the Thirteenth Galleon was born.

Q: What makes you cringe when you are watching a crime program on television?

MB: Law enforcement officers who rack a round into their duty weapon right before they need to use it. Officers carry weapons that are ready to be fired the moment they clear the holster.

Q: How much of Micki Browning resides in your protagonist Mer Cavallo?

MB: I believe authors inhabit every character they create, but Mer Cavallo isn’t my alter ego. We do, however, share a love of scuba diving, an appreciation of the ocean, and the occasional overuse of sarcasm.

Q: You write scenes that take place underwater. What challenges does that present?

MB: Not everyone knows what it feels like to be in an underwater environment. Sound travels about four times faster through water than in air, which makes it difficult to discern its origin. Pressure increases on the body as a diver descends, and color is lost as light waves are absorbed. The rules of gravity don’t apply to the same extent underwater, and divers can move in all directions. To a non-diver, the gear is confusing. Plus, dialogue is a challenge. Fortunately, a lot of excitement can take place underwater and I’ve had readers tell me that they found themselves holding their breath as they turned the pages.

Event registration is $195 and includes all panels, presentations, a lunch and a brunch, and social events. For a full Fest schedule, online registration, and hotel links visit MysteryFestKeyWest.com