Playing in the Dark

I was in for something spectacular the moment I began reading The World Doesn't Require You (Liveright, $25.95), the second fiction collection by Rion Amilcar Scott. In the second story, two estranged friends reconnect over a childhood game, a variation of ding-dong ditch referred to by a reclaimed slur. Tyrone is a doctoral candidate, and his thesis speculates about the game's historical significance as a diversion tactic to help the enslaved steal from plantation owners or flee via the Underground Railroad. "While white folks, or even a house slave, answered the front door, there'd be black folk taking bread and hog meat... out the back." At night, they revive the tradition in a bougie white neighborhood--but there are tragic consequences. 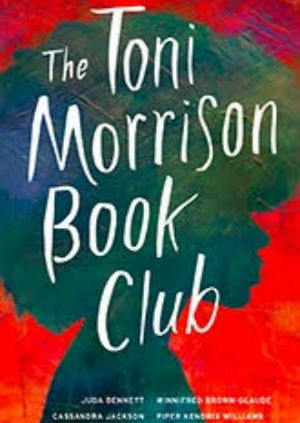 Cassandra Jackson expounds on the racial stakes of play at one point in the multi-authored memoir The Toni Morrison Book Club(Univ. of Wisconsin Press, $17.95), as she discusses a campus game popular with her college students: Manhunt, "a cross between tag, The Hunger Games, and Dungeons and Dragons." When she asks the (mostly white) classroom if black people can play, they reply no, "black people running with pretend weapons would attract the campus police." Plus, there's the brutal history of black people being hunted in this country. Jackson et al. open Morrison's work to explore the experiences of black people in a society confined by the white imagination. "Morrison's rendering of Sethe's infanticide," in Beloved (Vintage, $16), for example, hunted down after fleeing on the Underground Railroad, "is not about the murder but the white imagination that makes that murder necessary," Jackson writes.

But it is the black imagination that truly shines in these books. And I am especially drawn to Scott's wry playfulness, his subversive jokes and alternate histories that build into a work of pure black excellence. --Dave Wheeler, associate editor, Shelf Awareness