GREAT BAY/MARIGOT, St. Martin —Caleb Dros, soon to be St. Martin’s newest author, has been selected as the “Writer Representative” of the island’s writers at the St.Martin Book Fair, June 2 – 4, 2022, said his publisher HNP. 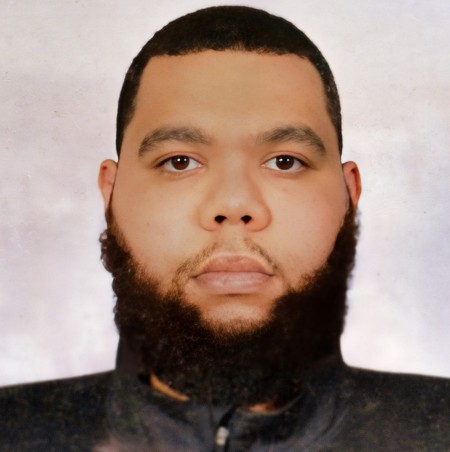 Caleb Dros, emerging St. Martin writer selected as representative of the island’s writers at the 20th anniversary of the St. Martin Book Fair, June 2 – 4, 2022. (Photo courtesy P. Dros)Oualichi: Land of Oma by Caleb Dros will launch as the featured title for the festival’s Literary Evening in Grand Case, on June 3, 2022. The poetry chapbook is a tribute to the late Élisa Hyman, “Oma Lisa,” the poet’s great-grandmother.

“It’s a sign of confidence in our youth for the book fair organizers to select Caleb. I’ve been focused on his work for the publishing process,” said Jacqueline Sample, president of House of Nehesi Publishers (HNP). “He’s an ideal representative this year of the writers and authors of St. Martin, North and South.”

“Caleb’s presence at the book fair makes him available for interviews and workshops, school visits, to welcome guest authors from abroad, and to meet his colleague writers from St.Martin as the writers’ ambassador for three exciting days,” said Shujah Reiph, book fair coordinator.

Dros is an emerging writer of St. Martin and Dominican Republic heritage. “He’s exploring contemporary issues and stylism. He draws on St. Martin salt aesthetics and shines a fresh light on aspects of genealogy, history, culture, and the nature of our island,” said Sekou.

Dros grew up between Cole Bay and French Quarter and attended the St. Dominic High School. He is pursuing his Master of Fine Arts at Florida State University, where he won the Steven D. Schloff Creative Writing Award for non-fiction as an undergraduate student in 2020.

According to HNP, between 2016 and 2020, nonfiction writing and poetry by Dros appeared in Adelaide Literary Magazine, The Daily Herald, Adelaide Voices Award: Anthology 2018, Windhover, and Oakland Art Review.

Oualichi: Land of Oma also brings alive memories of the author’s great-grandmother who worked in the Orient Bay salt pond as a young woman, said his publisher.

By the time of her death in 2022, at age 94, “Oma” Hyman had become a beloved matriarch of a traditional St. Martin family from French Quarter.