As readers, we sometimes have the complicated task of loving stories that disappoint us. Early on in the wildly imaginative Lovecraft Country, both the novel by Matt Ruff (Harper Perennial, $16.99) and the HBO adaptation, comes the observation, "Stories are like people.... Loving them doesn't make them perfect. You try to cherish their virtues and overlook their flaws. The flaws are still there, though.... Sometimes, they stab me in the heart." 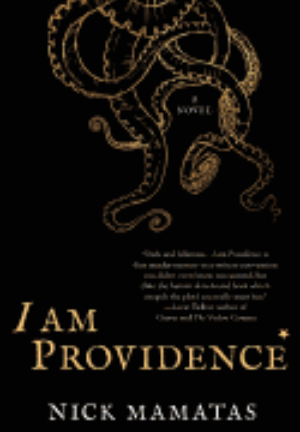 H.P. Lovecraft's racism is no secret, and it falls under sharp critique in the gleefully irreverent I Am Providence by Nick Mamatas (Night Shade, $15.95). The hilarious murder mystery set at a Lovecraft convention holds nothing back as it grapples with the racism, misogyny and overzealous fan cultures that persist in literature. But the wounds it exposes are deep: "I kept reading Lovecraft, but at a distance," the narrator says. "I was one of the bad people in his work, who terrified the good people just by existing."

Leila Taylor presses those ideas further in her elegant work of literary criticism Darkly: Blackness and America's Gothic Soul (Repeater, $14.95). An admitted fan of Edgar Allan Poe's work, Taylor is not unaware of what he might think of her Blackness. "He doesn't have H.P. Lovecraft's blatant xenophobia," she writes, "but a more liquid unease wrought with guilt which seems more appropriate for American horror. Poe's anxiety is an American anxiety, wary of... the Blackness we brought to our shores and the darkness we fostered." This context is made especially compelling when Taylor goes on to assess many of Poe's most famous stories as being about attempts "to get away with murder and the effort to deny it."

It's hard to let go of writing that, for whatever reason, grips us. I deeply admire readers like this, who, as James Baldwin said about his love for America, love flawed stories enough to criticize them perpetually. --Dave Wheeler, associate editor, Shelf Awareness