Early in the first Saturday Night Live episode to air after the 9/11/2001 terrorist attacks, speaking to an audience and nation still shaken, SNL creator Lorne Michaels asked then-mayor of New York City Rudy Giuliani, "Can we be funny?" Giuliani's comeback: "Why start now?" 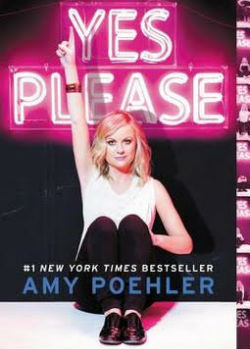 Quip aside, for decades SNL has been a cornerstone of comedy in the United States. As with many institutions, it's had hits and misses--but since 1975, the show has offered the balm of comedy. While an episode might be a salve only for a night, why not prolong the humor with stories by some of its most celebrated writers?

For an unforgettable journey through decades of the show's history--poignant recollections alongside downright juicy drama, and much love for Gilda Radner--see Live from New York: The Complete, Uncensored History of Saturday Night Live as Told by Its Stars, Writers, and Guests by Tom Shales and James Andrew Miller (Back Bay, $19.99).

Then go deep with the heavy hitters. The list of books by SNL alums is long and lustrous, but to begin, see the memoirs by some of the show's most celebrated writers. Tina Fey, the first female head writer and subsequent 30 Rockcreator and star, offers up a stellar exploration of her life in and out of comedy in Bossypants (Back Bay, $16.99). Fey's "Weekend Update" co-anchor and the later star of Parks and Recreation Amy Poehler likewise delivers candor, laughs and memorable advice in her memoir, Yes Please (Dey Street, $16.99). Current co-head writer Colin Jost recently offered up A Very Punchable Face: A Memoir (Crown, $27). Whatever the attributes of his face, Jost's book is a comedic knockout--and all of these are reminders of the value of comedy: punchlines that help us roll with the punches, finding hope through humor in times light and dark. --Katie Weed, freelance writer and reviewer