Congratulations to Joy Harjo, who was recently named U.S. poet laureate, making her the first Native American to occupy the esteemed position. 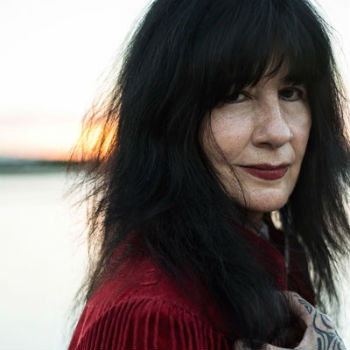 Harjo was the focus of Miami Book Fair’s participation in last year’s NEA Big Read, which we celebrated by highlighting How We Became Human: New and Selected Poems 1975-2001, a selection of the first 26 years of her expansive career, including her groundbreaking collection, She Had Some Horses.

Miami Book Fair gave away 1,000 copies of How We Became Human at all Big Read events from February 24 to March 31, 2019. In addition to the scheduled readings and special events, we also hosted numerous discussions about Harjo’s book at Miami Dade Public Library System branch libraries and in Miami Dade College classrooms.

Harjo will be back in Miami for the 2019 Miami Book Fair this November, so make sure you stay tuned to our website, newsletters, and social media for more details!