When I was a boy, my dad would sometimes pick me up from school on "bad speech days" and take me down to the river. On those days, my mouth would just stop working. Every word was painful, the laughter from classmates unbearable. I just wanted to be quiet. 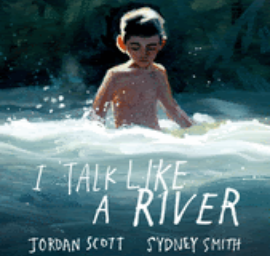 One particular day, while watching the water move against the shore, my dad said: "You see how that water moves, son? That's how you speak."

Stuttering is often mocked because it is seen as unnatural. For many, listening to and watching someone stutter is not a comfortable experience because language and sound are stretched to their limits. Strange noises burst from a contorting mouth, and what the listener thinks of as fluency or "normal speech" explodes. To stutter is to be dysfluent, and fluency, my speech therapist used to say, "is the ultimate goal."

But at the river, I learned to think differently about fluency. The river has a mouth, a confluence, a flow. The river is a natural and patient form, forever making its way toward something greater than itself. Yet as the river moves, it stutters, and I do, too. 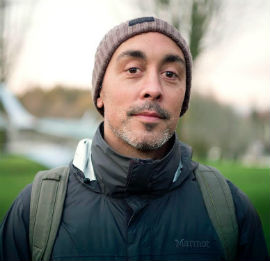 My dad took me to the river to feel less alone. When he pointed to the river, he gave image and language to talk about something so private and terrifying. In doing so, he connected my stuttering to the movements of the natural world, and I delighted in watching my mouth move outside of itself.

Jordan Scott is the author of the children's book I Talk Like a River (Neal Porter, $18.99)