Collected Letters From the Heart

Today's the day Americans will send 145 million Valentine's Day cards and spend more than $27 billion, including $2.4 billion on candy, $2.3 billion on flowers and nearly $1.7 billion on gifts for pets. And that's with only 55% of Americans even celebrating. 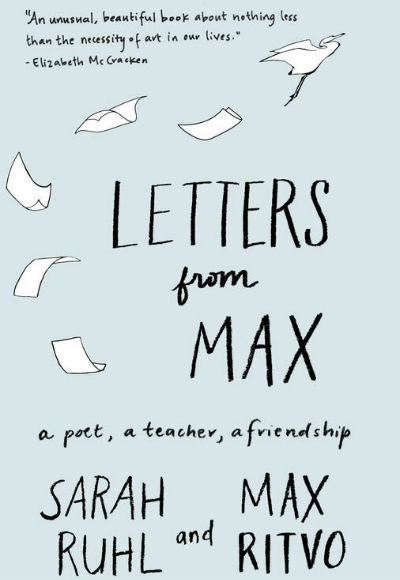 Yes, love is complicated, as it ever was. The first Valentine was sent in the 15th century, but you could make a case for other precedents, including, from the 12th century, The Letters of Abelard and Heloise(Penguin Classics).

Letters, in fact, are what I've been thinking about this week. Not just romantic letters, but books full of letters portraying love in unexpected ways, like 84 Charing Cross Road (Penguin), in which Helen Hanff chronicles her 20-year correspondence with a bookseller ("the blessed man who sold me all my books") in an antiquarian bookshop in London.

Or the way the voices of playwright Sarah Ruhl and the late poet Max Ritvo shimmer in Letters from Max: A Poet, a Teacher, a Friendship(Milkweed Editions). Ritvo's cancer death sentence is the shadow here, yet what emerges from their brilliant, funny, heartbreaking exchanges is a frank exploration of human connection, mortality, art and much more in precious real time.

The letters Rainer Maria Rilke wrote almost daily to his wife, Clara, are collected in Letters on Cézanne, translated by Joel Agee (North Point Press). Rilke shares his intense encounters with Cézanne's works during the 1907 Salon d'Automne in Paris: "I wanted to tell you about all this, because it connects in a hundred places with a great deal that surrounds us, and with ourselves."

Regarding Distant Neighbors: The Selected Letters of Wendell Berry and Gary Snyder, edited by Chad Wiglesworth (Counterpoint), Gary Ferguson observed in the Los Angeles Review of Books that "these small, more literally grounded concerns, the tiny details of a day spent in Henry County, Kentucky, or in the foothills of the Sierras, are shining threads in the cloth of this long, good friendship."

Just sharing some collected letters from the heart for Valentine's Day. --Robert Gray