The intricacies of connection, and disconnection, between siblings have been on my reading mind lately. 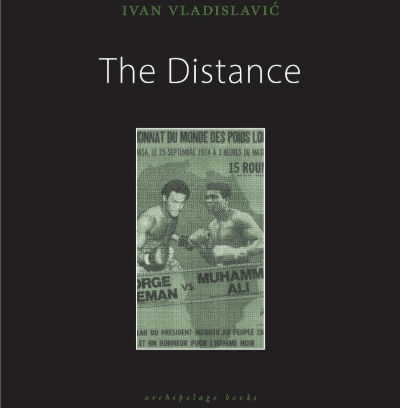 Sometimes the bond is so intimate it hurts, as is often the case for the title characters in The Wondrous and Tragic Life of Ivan and Ivana by Maryse Condé, translated by Richard Philcox (World Editions). The twins share an almost mythic intimacy not meant for the worlds they inhabit as their lives take them from Guadeloupe to Mali to France. "She is both the light of my life and my damnation," Ivan says.

In Ivan Vladislavić's The Distance (Archipelago), novelist Joe sorts through newspaper clippings he collected as a South African boy enthralled with Muhammad Ali. He wants to write about this, and reaches out to his brother Branko for help ("I need to remember things as they actually were."). In alternating voices, the brothers' unravel their shared past (Branko: "Then again, my brother's need to be someone else never goes away. He becomes a writer.")

Ronan Hession explores the brotherhood of close friendship in Leonard and Hungry Paul (Melville House), a funny, touching novel about two gentle men in their 30s living deceptively "ordinary" lives ("Their conversations combined the yin of Leonard's love of facts with the yang of Hungry Paul's chaotic curiosity"). Are they misfits, or is the rest of the world just out of tune? I'd say the latter.

One of many intriguing threads woven through Pico Iyer's Autumn Light: Season of Fire and Farewells (Vintage) is the absence of Masahiro, the estranged brother of Iyer's wife Hiroko. When Masahiro cut ties with his family years before, "he might have been bringing the modern therapeutic way of settling accounts to an old society that thrives by stepping around conflict and allowing the seasons to sort everything out."

"When I was a child it was easier to understand the world," Condé told the Guardian last summer. "Now that I'm old I don't understand it at all, so I wanted to write about that difficulty."