Beyond Hidden Figures: Women in STEM

The female mathematicians of NASA, many of them Black, made vital contributions to the U.S. space program. Margot Lee Shetterly gave their stories a huge boost in her blockbuster book, Hidden Figures (Morrow, $17.99), which inspired a hit film. But women have been making standout contributions in STEM fields for decades, and their stories take both fictional and nonfictional forms. 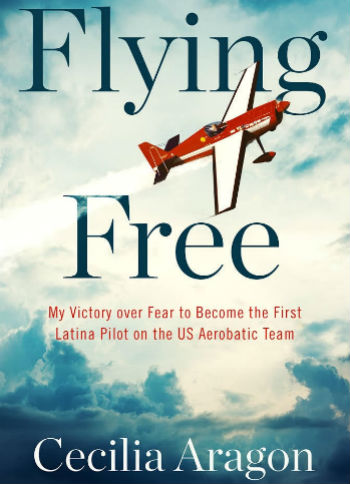 Computer scientist Cecilia Rodriguez Aragon spent her early life and career believing she wasn't good enough. When a colleague's love of flying inspired her to become a licensed pilot, Aragon still wrestled with insecurity and fear (not to mention constant sexism at airfields and airshows). Her memoir, Flying Free (Blackstone, $26.99), chronicles her journey to become the first Latina to compete on the U.S. Unlimited Aerobatic Team.

In her witty, fascinating memoir, The Last Stargazers (Sourcebooks, $25.99), astronomer and "weird star enthusiast" Emily Levesque takes readers on a tour of the observatories where she has worked and explains why humans should continue studying the night skies. She charts the challenges and joys of nocturnal observation and shares the frustrations of being a woman in a male-dominated field.

Novelists Jennie Fields (Atomic Love, Putnam, $26) and Jan Eliasberg (Hannah's War, Back Bay, $16.99) were inspired by the contributions of female scientists during World War II. Their stories--Fields's is set in Chicago, Eliasberg's in Berlin and Los Alamos, N.Mex.--each follow a brilliant but underappreciated female physicist at the dawn of the nuclear age. Both authors sensitively explore the sacrifices their protagonists make to have fulfilling careers, as well as their complicated relationships with male colleagues and their constant struggle to be taken seriously.

For these women, real and fictional, the joy of scientific accomplishment is impeded, but never eclipsed, by the sexism they face. Their stories are an inspiration--and we need more like them. --Katie Noah Gibson, blogger at Cakes, Tea and Dreams