WASHINGTON, D.C. – US President Joe Biden has signed into law the Havana Act that would compensate Central Intelligence Agency (CIA) officers, Department of State diplomats and other US federal officials who have sustained mysterious, traumatic neurological injuries that the intelligence community is yet to figure out. 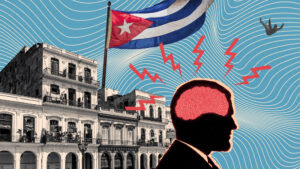 In signing the Havana Act on Friday, Biden authorizes US Secretary of State Antony J. Blinken and the CIA Director William J. Burns to render financial aid to US government employees who have sustained brain injuries.

The act is named for what has been referred to as “Havana Syndrome,” a series of inexplicable injuries whose victims were first identified five years ago at the United States Embassy in Havana, Cuba.

“Today, I was pleased to sign the Havana Act into law to ensure we are doing our utmost to provide for US Government personnel who have experienced anomalous health incidents,” said President Biden in a White House statement.

“I want to thank Congress for passing it with unanimous bipartisan support, sending the clear message that we take care of our own,” he added. “Civil servants, intelligence officers, diplomats and military personnel all around the world have been affected by anomalous health incidents.

“Some are struggling with debilitating brain injuries that have curtailed their careers of service to our nation,” Biden continued.

He said that addressing these incidents has been a top priority for his administration.

“We are bringing to bear the full resources of the US Government to make available first-class medical care to those affected and to get to the bottom of these incidents, including to determine the cause and who is responsible,” the US president said. “Protecting Americans and all those who serve our country is our first duty, and we will do everything we can to care for our personnel and their families.”

Without going into details, White House Press Secretary Jen Psaki told a press briefing at the White House on Friday that the Biden administration takes “every reported incident seriously.

“And what we want to do is ensure that our national security team is using every resource at our disposal,” she said. “Without an attribution and an assessment of the cause for the origin, I do not want to go further.”