Phillip J. Pierre to Be Sworn in As New St. Lucia Prime Minister

CASTRIES, St. Lucia – Phillip J. Pierre will be sworn in as the new Prime Minister of St. Lucia later on Wednesday as international observer teams that monitored Monday’s general elections say the results reflected the will of the voters. 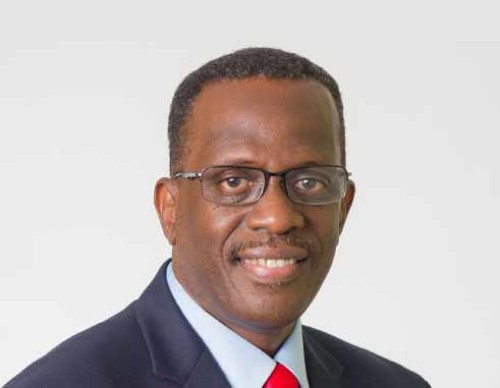 Phillip J. Pierre (File Photo)Pierre, 66, who led his St. Lucia Labour Party (SLP) to a convincing victory in the election, will be sworn in at 4.00 pm (local time) by Governor General, Sir Neville Cenac.

The SLP, which field 15 candidates in the elections, won 13 of the 17 seats in the Parliament, with the incumbent United Workers Party (UWP), winning two seats, down from the 11 it enjoyed in the last National assembly. The other two seats were won by independent candidates, including former Prime Minister Stephenson King, making the island the first on the Caribbean to have elected independent candidates to parliament in a general election.

The Caribbean Community (CARICOM) Observer Team said that the polls had reflected the will of the St. Lucian voter and in separate statements the other observer groups from the Commonwealth and the Organization of American States (OAS) also supported the view ”conclusively reflect the will of the people”.’

The observers noted the decision to use tents as polling stations, which they said “provided inadequate protection for polling staff and voters, as well as making adherence to the coronavirus (COVID-19) protocols more difficult.

However, despite the challenges, COG chairperson former Speaker of the House of Assembly of the Bahamas, Alvin Smith, said the COG had been impressed by the efforts made by polling staff and voters to follow COVID-19 protocols.

“The 26 July general elections were peaceful and inclusive. We commend the Electoral Commission, the staff of the Electoral Office and, in particular, the polling staff for their dedication, professionalism and diligence in delivering a credible process.

“The COG reported positively on the voting and counting processes in the polling stations visited and, in particular, the management of the occasional long queues,” Smith said.

In its statement, the COG also noted an overwhelming majority of women as electoral officials and acknowledged their invaluable contribution, as well as the active participation of young people in the electoral process.

However, the COG commented on the inaccuracy of the Voters’ Register, noting that deceased and ineligible persons have not been consistently removed since 1979.

The the Organization of American States (OAS) on Tuesday congratulated St. Lucians for their “strong civic commitment, which was amply displayed” during the elections.

The EOM said that it was present in all 17 of the constituencies and observed the conduct of the poll from the opening of polling stations, through to the counting of ballots and the transmission of results.

It said that the Voters’ List for the elections, which was published on July 13, 2021, contained 174,270 electors “a number that is very high in relation to the estimated population of St. Lucia,” estimated at 184,000.

It said it was informed that the base list, on which the current Voters’ List is built, dates back to 1979, and that while new registrants are verified and added to the list on an ongoing basis, there are limited mechanisms to remove the names of persons who have died, who have been absent from St. Lucia for a continuous period of five years or more, or who have become otherwise disqualified for registration.

On Election Day, the mission said members visited 227 polling stations in 64 polling divisions and that the process was conducted in “a well-organized and generally peaceful manner.”

The OAS mission said, while the Boundaries Commission unanimously recommended the creation of four new constituencies in 2014, and these changes were approved by the parliament, “they have not been implemented pending the resolution of an injunction against the realignment filed in the courts. “

The mission said that, over the last 20 years, the population of St. Lucia has grown and that internal migration has “created an imbalance in the distribution of electors across the country.”

In order to ensure an accurate Voters’ List, the mission recommended amending the Elections Act to provide for the conduct of a full house-to-house enumeration exercise to replace the Voters’ List in existence and thereafter allow for periodic reverification of the list.

The mission also recommended amending electors’ registration regulations and deceased elector confirmation procedures to ensure their identification and removal from the list.

In addition, it called for collaboration and data-sharing between the Offices of the Chief Elections Officer, the Civil Registrar and the Immigration Department “to better coordinate the information required to update the Voters’ List, including development of formats for submission, the use of a unique identifier, and agreement on the frequency and method of submission.”