WASHINGTON, – A new study by the Inter-American Development Bank (IDB) provides an analysis of the evolution of energy consumption and expenditures in Latin America and the Caribbean (LAC), composition by energy source. 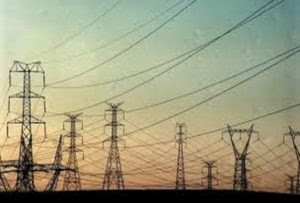 The study by the Washington-based financial institution says that energy services represent the second most important expense in household budgets in LAC, surpassed only by food.

Based on information at the country and household levels, the study says that households have a different share of energy within their total spending that varies depending on their income level.

An analysis of the composition of energy spending shows that as family incomes increase, households replace traditional fuels, such as wood, with electricity and natural gas.

“The demand for energy is very unequal among households and is linked to income level,” said Ariel Yépez, chief of the IDB’s Energy division and co-author of the publication. “Absolute spending is greater as household income increases; however, the composition of the energy basket changes notably.

“The households with highest incomes concentrate the greater part of their spending on fuels for private transportation,” he added. “As a consequence, universal generalized subsidy schemes tend to benefit these groups to a greater extent, which leads to regressive effects that are contrary to the initial objective for which these subsidies were designed.”

The study says electricity is an “essential service”, stating that “increases in energy prices will tend to increase household spending on these services, which mainly affects groups with lower income.”

Nevertheless, in many cases, the study says current electricity tariff structures allow cross-subsidies to trickle down to higher-income households, “which affects the financial viability of the electricity systems.”

The study says the electricity subsidies represent 0.5 to 1 percent of the Gross Domestic Product (GDP).

Raúl Jiménez, an economist in the Development Effectiveness Division of IDB Invest and co-author of the book, noted that the report shows “empirical regularities and common challenges in our region, as well as evidence of policies that have worked.”

He said that the current crisis has “magnified the seriousness of persistent problems in the region with respect to energy, and mainly in the area of energy poverty.”

However, Jiménez said “there are experiences that demonstrate the compatibility of meeting sustainability and equity criteria with the growing energy needs” of regional households.

“For this reason, we cannot lose sight of long-term objectives,” he said.

The book underscores the relevance of applying price policy measures that promote efficiency in energy supply and avoid waste.

“The establishment of efficient prices will prevent indiscriminate application of subsidies, and will promote the adoption of measures of direct support to the most vulnerable consumers,” the study says.

On the other hand, the authors propose to apply prices that reflect economic costs of energy, while also promoting energy efficiency.