KINGSTON, Jamaica,– Prime Minister Andrew Holness has led tributes to the veteran journalist and broadcaster, Michael Sharpe, who died on Monday after a prolonged illness. He was 65. The cause of death has not been disclosed. 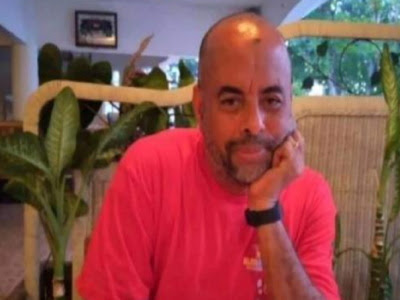 Michael Sharpe (File Photo)“I am saddened to learn of the passing of veteran journalist Michael Sharpe this morning/ For almost 40 years Michael Sharpe dedicated himself to the craft of journalism and keeping Jamaica informed. Michael was fearless and sharp in his coverage and commentary,” Holness said in a message on his Twitter page.

He said he was offering his “condolences to his family, friends, and wider journalism fraternity we we remember his unwavering service to media and Jamaica”.

Sharpe, joined the RJR newsroom in 1983 and was the news operations manager at the Jamaica News Network, a member of the RJRGLEANER Communications Group.

The Gleaner newspaper reported Tuesday that Sharpe had been ailing in hospital.

Former president of the Press Association of Jamaica (PAJ), Dionne Jackson-Miller, who said she was “so happy” to have done “an extensive interview with Sharpe last year, tweeted that she was ‘absolutely gutted” at his death.

“Michael interviewed me and recommended that New Editor Jennifer Grant hire me as a news correspondent in Montego Bay. He gave me my first chance to host a radio program, co-hosting our Sunday news program”.

She recalled that on election night, “always one of the most stressful events to cover, he was, as always, clam and completely in control.

“A huge part of our success was due to his excellent production. He was a joy to work with. We have lost a friend and collegiate but we are better for having known and worked with him. RIP Michael,” she tweeted.

The regional media organization, the Association of Caribbean MediaWorkers (ACM) said it is “deeply saddened at news of the passing of Michael.

“He was a longstanding Caribbean stalwart who was widely known and respected regionwide. Our condolences are extended to his family, close friends and the entire Jamaican media fraternity who bore intimate witness to his professionalism and commitment to the journalism profession,” the ACM added.