Washington DC – As students worldwide continue to navigate the online learning environment occasioned by the COVID-19 pandemic, some 300 students from various Jamaican schools, are to benefit from a donation of laptops and tablets valued at $JA11-million courtesy of the Union of Jamaican Alumni Associations (UJAA) out of New York. 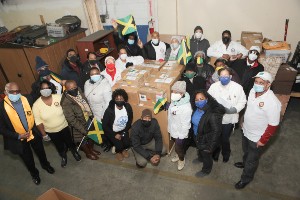 At Econo-Caribe Shipping warehouse in Queens, NY, members of UJAA brave the icy New York weather to deliver boxes of laptops and tablets for shipment to students in Jamaica. UJAA photoPresident of the UJAA Lesley-Ann Samuels said the Laptop-‘N-Tablet programme was created by the Jamaica Alumni Associations in support of the challenges that the COVID-19 pandemic has placed on the educational system in relation to teaching and learning remotely.

“As early as in July, the UJAA Board began looking at ways to assist schools and students with devices to help them with remote learning. Then the Ministry of Education, Youth and Information announced their plan to procure units through their e-learning division.  That plan had several changes in direction and the bottom line was that schools still would not have the units that were needed,” Ms Samuels lamented.

Jamaica’s Ambassador to the United States Her Excellency Audrey Marks, in reacting to the donation, said “Such selfless act of giving back to their respective alma mater has not gone unnoticed.” 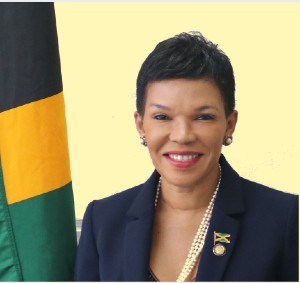 She noted that “This latest contribution of tablets and laptop computers going to the neediest will certainly deliver a critical shot in the arm for these students to be able to continue their education with minimal interruption from the pandemic. The government, as well as the people of Jamaica – both those at home and in the diaspora – appreciates very much this helping hand. Thank you very much, UJAA, ” Ambassador Marks said.

Jamaica’s chief envoy to Washington explained that “the contribution also means a lot in terms of boosting the effort by the Ministry of Education, Youth and Information and the government’s own thrust to provide tablets so students would not miss out on their education.” She further commended UJAA’s fundraising drives that include a major annual car raffle, the proceeds from which are divided among the various schools in Jamaica whose alumni are part of UJAA.