KINGSTON, Jamaica – Jamaica has recorded 32 murders during the first 14 days of the new year as compared with 72 for the corresponding period last year, as the government moves to finalize proposals to make the death penalty the automatic punishment for capital murder and 45 years’ imprisonment the minimum sentence for other homicides. 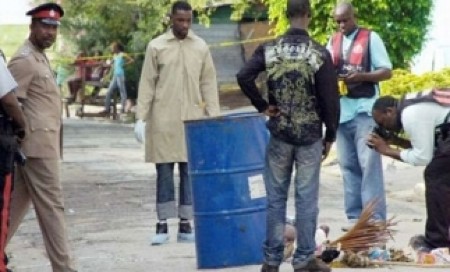 Figures released by the Jamaica Constabulary Force (JCF), showed that St. James, Manchester, Clarendon had recorded the most killings to January 14, with 13 murders, while St Catherine South, Westmoreland and St Andrew South each recorded three murders.

The JCF figures also show a reduction in shootings, rape and robberies, while break-ins remain on par year-on-year.

Meanwhile, Prime Minister Andrew Holness says the Cabinet is expected on Monday to finalize proposals to make the death penalty the automatic punishment for capital murder and 45 years’ imprisonment the minimum sentence for other homicides.

Holness, speaking at a function in Montego Bay, St James, on Saturday night, said that the government will be moving with alacrity to make the changes.

“While we have not yet finalized the proposals, we hope to do so on Monday when we meet at Cabinet. It will look something like this: for capital murder, the penalty is death. If not applied, then life (imprisonment) without parole.

“For non-capital murder, it is our recommendation that the penalty will now be 45 years to life, or rather life imprisonment, and you must serve 45 years before consideration of parole,” Prime Minister Holness added.

Holness said that over the years, killers have come to think that the penalty for murder is not the death penalty or life imprisonment and that with a good lawyer, they will be back on the streets to enjoy their lives.

“Our penalty remains, if you take a life, and you are convicted of such, your useful life should be taken. So while there are many issues around the death penalty and how it is used, there should be no issue around the incarceration of somebody who deliberately, willfully, repeatedly takes life,” Holness said.