KINGSTOWN, St. Vincent – A rescue team Wednesday found a hiker, who was reported missing on the slopes of La Soufriere volcano after he left a group of 13 others on Tuesday. 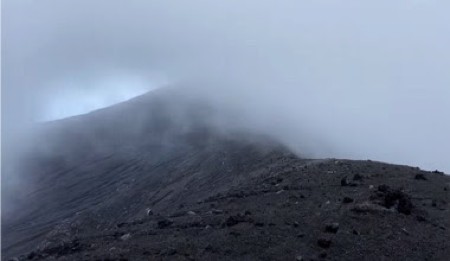 La Soufriere volcanoThe hiker, who has not been identified, is said to have fallen and lost consciousness on the descent of the 4,048-foot volcano, which last erupted in April 2021.

He was able to make contact by telephone sometime around dusk, indicating that he was unable to walk.

The rescue team, including some members of the original hiking party, said he was found during the early hours of Wednesday morning and that he has been described as an experienced hiker who has climbed the volcano several times since it last erupted.

The rescue team, including some members of the original hiking party, went up the mountain Tuesday night after first responders decided that it was unsafe to conduct the search during the night.

Media reports said that the summit of the volcano was hazy and misty with low visibility on Tuesday and in some instances, visibility on the mountains can be as low as 20 feet.

The volcano hiking trails have not been fully rehabilitated after the April 2021 eruption and further, the slopes have numerous gullies, some as deep as 25 feet.

The National Park Rivers and Beaches Authority has said that the trail remains closed and people who hike the mountain do so at their own risk.