Haitian National Sentenced for Shipping Weapons from Colorado to Haiti

DENVER, Colorado - A Haitian national living in Denver, the capital of the state of Colorado, was sentenced earlier this month for having hidden firearms in cars that were being shipped to Haiti. 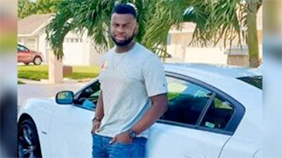 Peniel OlibrisAccording to police reports, Peniel Olibris,32, was indicted in July 2022 and later signed a plea agreement in September 2022, admitting guilt to one of the two contraband counts in the indictment.

Federal investigators said that Olibris purchased 77 firearms from gun retailers over a period of 16 months, packaged and concealed them in cars that he then drove to Florida.

From there, he shipped the cars to family members in Haiti. On arrival, some of the weapons were then sold.

According to the plea agreement in the case, a store manager at a Denver based company, Westminister Firearms, in October 2019, reported that a suspicious customer entered the store.

Officers from the Federal Bureau of Alcohol, Tobacco, Firearms and Explosives, began investigating Olibris and found that Olibris purchased 77 firearms from stores in the towns of Lakewood and Aurora between February 2019 and June 2020.

Documents from a shipping company revealed that Olibris did not apply for or obtain the necessary license to export defense articles.

Investigators determined that he knowingly exported firearms , knowing that the exportation was contrary to the laws and regulations of the United States.