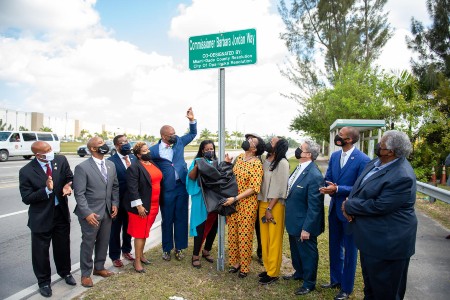 Photo Credit: Greg ReedCommissioner Jordan at one point became very emotional thanking the guests and reminiscing about her service.  She vowed to continue to be a stallworth for her community.   The portion of NW 37th Avenue from NW 135th Street to NW 151st Street was ceremonially named Commissioner Barbara Jordan Way.  To view the event in its entirety, please click here. Commissioner Jordan’s speech begins at 1:1:15.

The following individuals were on the program for the event: