Caribbean Nationals Urged to Get Counted in the United States Census

WASHINGTON DC,  - Jamaica’s Ambassador to the United States, Audrey Marks has made a call for Jamaican Americans, Jamaican Green card holders, as well as Caribbean Americans in the diaspora to participate in the 2020 Census as part the continued efforts to recognize the Caribbean diaspora as a productive and energized demographic within as the USA. 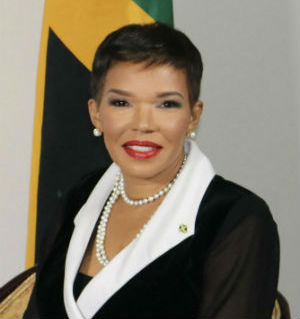 Jamaica’s Ambassador to the United States, Audrey MarksAddressing a virtual town hall meeting organized by the CARICOM caucus of Ambassadors and the United States Census Bureau, she said the meeting was aimed at sensitizing Caribbean nationals about the importance of the ongoing US 2020 Census.She said the Census, which is conducted once every ten (10) years, not only counts the population, but also provides critical information to lawmakers regarding the support which is needed for communities and determines Congressional representation.

“Additionally, the outcome of the census provides the basis for federal funding for schools, hospitals and other amenities which will personally benefit migrant families who do not have the benefit of generational wealth and access in the United States,” Ambassador Marks noted.

“Caribbean migrants to the United States have a long and distinguished tradition of making their mark in their adopted homeland, showcasing their deep reservoir of talents, shattering glass ceilings, blazing trails of excellence and traveling paths that others more qualified and resourced than they are, fear to trod. During the 20th century, many of our forefathers made tremendous sacrifices and even risked their lives to join troops for World Wars I and II or to provide support for major construction projects in the Americas,” she continued.

“Given our rich cultural heritage and strong sense of identity honed by many decades of struggle against slavery and colonialism, the contribution of the Caribbean Diaspora in the United States to the economic, social, and political landscape, is undisputable. Our influence belies the small size of the countries from which we originate. The 2020 Census is therefore another unique opportunity to make your presence felt,” Ambassador Marks observed.