Island SPACE Caribbean Museum’s official launch and fundraising event on June 27 marked a watershed moment for all Caribbean people, at home and abroad. The first of its kind in the world, the organisers’ vision to highlight the contributions of regional peoples to the historical development of the world shone through the cultural voices on opening night. In true red carpet style, celebrity stylist and designer Tanya Marie welcomed patrons as they entered the Westfield Broward Mall space in Plantation, Florida. 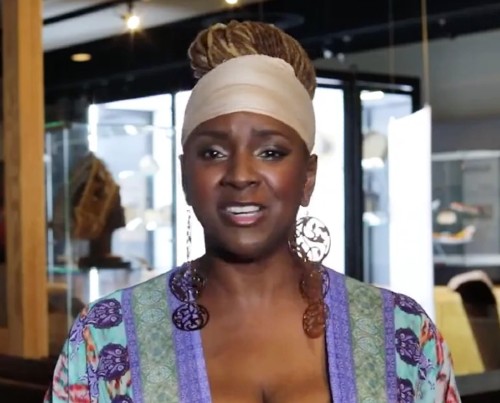 “What started out as a travelling collection of culinary artefacts, into the first museum of its kind, as far as we know, anywhere in the world, Island space Caribbean museum represents all the colours, cultures, flavours, and rhythms of the entire Caribbean region. Our location offers an archive filled with historical artefacts and Art Gallery… we've taken the first step in bringing the vision of a collective Caribbean home to life,” said co-founder and Executive Director, Calibe Thompson to an enthusiastic audience.

The museum is part of a larger non-profit institution dedicated to developing and sharing culture, history, and educational initiatives of and about the Caribbean region. The title Island SPACE, was specifically created to reinforce the founders vision to uphold an Island Society for the Promotion of Artistic and Cultural Education. And indeed, cultural education was a huge focus at its official opening.

Noted Jamaican actor Paul Campbell, with his deeply resonating voice, reminded patrons that the Caribbean was home to several indigenous societies who were decimated by the diseases and violence brought by colonisers. He spoke about the Spanish, the Dutch, the French, the British who planted their flags throughout the islands of the Caribbean bringing with them their customs and languages, and an agricultural economy that would require workers — the beginning of the trans-Atlantic slavery.

“Once in the colonies the enslaved suffered back-breaking dangerous work that would last all day long, violence, most recognisably by the lash was the ultimate motivator,” Campbell bemoaned.

This in turn led to the enslaved motivation for freedom, the actor continued.His impassioned telling of the 18th century Haitian Revolution led by Toussaint L’Ouverture, which resulted in Haiti becoming the first free black nation in the new world, and Jamaica’s maroon uprisings led by Queen Nanny, truly captured the audience’s attention.

“A change did in the end come,” bellowed Campbell. “By the late 1830s, the enslaved throughout the Caribbean, had all been emancipated. It’s at this point that Chinese and East Indian indentured servants and others from the Middle East Germany, Scotland, Ireland, found homes throughout the Caribbean, ultimately contributing to our unique ethnic melting pot. And despite slavery, we can proudly say that Caribbean people have become a resilient creative beacon of light.”

But, to keep the ‘beacon of light’ in this museum going requires donations, financial and material, from patrons and institutions. According to Leary Mullings, the organisation’s treasurer, Island SPACE Caribbean museum is a totally not-for-profit self-funding 501(c)(3) Corporation in need of $10,000 a month to keep its doors open. In fact, the goal of the opening night ‘Magic at the Museum’ showcase is to raise $30,000 to remain viable for the next three months. Conveniently, benefactors can give through Zelle, Cash App, Paypal, or through the museum’s website islandspacefl.org.

Former Prime Minister of Jamaica, PJ Patterson, also added his voice to this Caribbean cultural event noting that the next generation of leaders in the USA are Caribbean sons and daughters, proudly referencing US Vice President Kamala Harris.

“They have Caribbean roots that are strong. And you know what roots do, they grow… There are no mountains too hard for us to climb. And together, the Caribbean will achieve success in every sphere of human endeavour,” said Patterson.

These successes were highlighted throughout the evening as artists, historians, musicians, athletes extolled the impact of contributions and achievements Caribbean people have made. Haitian-born artist Edouard Duval Carrie spoke about the historical aspect of ancient religion, culture, and politics in his work and the influence that late Haitian artist Jean-Michel Basquiat had on contemporary expressionism. Noted Jamaican artist Basil Watson also spoke about the importance of foundation and current artists on the discipline.

Sports too, took centerstage with the recognition of athletes’ influence in track & field, football, baseball. Of course names like Usain Bolt, Veronica Campbell Brown, Sammy Sosa, and the Reggae Girlz were celebrated and honoured.

Caribbean history and culture cannot be lauded without its cultural cuisine and music being at the forefront. A lively conversation between Chef Irie (Jamaica), Chef Danny Panalo (Dominican Republic), Chef Winston Williams (US Virgin Islands), and Chef Thia (Cynthia Verna - Haiti) stimulated palates with some of our favourite island foods.

Certainly not to be outdone, music stood tall as we learned from the likes of Kevin Little of St. Vincent, Jamaica’s Inner Circle, and Pat Chin of VP Records, the genesis and global influence of Caribbean music.

Noted Kevin Lyttle: “When ‘Turne Me On’ came out, that's how we influenced the world with our music. From the time the song came out, people were singing it over and over and remixing it even before it became a number one anywhere.”

Yes, that’s the nature of Caribbean music, always reaching for number one, and achieving it. Jamaica’s own singer/recording artiste, Shaggy, is testament to those achievements, and he demonstrated it with am electric performance to end the showcase.

Donations can be made on these platforms:

Zelle & Paypal This email address is being protected from spambots. You need JavaScript enabled to view it.