ST. JOHN’S, Antigua – Prime Minister Gaston Browne has rubbished plans by a former pilot with the cash-strapped regional airline, LIAT, to sue him for defamation. 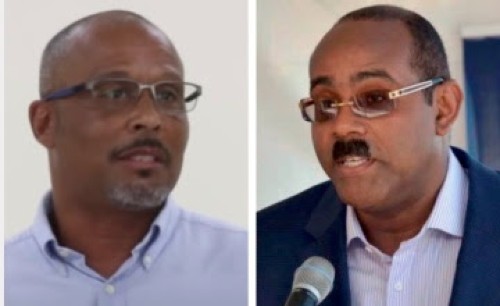 Pilot Neil Cave, who has been leading the fight for terminated employees to get monies owed to them, claims that Prime Minister Browne made defamatory statements and tarnished his reputation while speaking on his weekend radio show in Antigua recently.

Browne is reported to have said that he would not support the pilot returning to a revived LIAT and, in fact, if the government of Barbados “tried to get him back in there, we are going to protest”.

On Monday, Cave said Browne’s remarks made on a radio program, were a personal attack on him and his “good name” because he dared to speak out about the “injustices” going on at the Antigua-based company.

The Barbadian pilot disclosed that he would be filing a lawsuit in the court in St John’s shortly, asking for an undisclosed sum of damages.

“I have been defamed. The bottom line is I have spoken to others who have been supporting me, and I am looking at this time at filing a lawsuit against Mr. Browne for his comments. We will, at the moment, proceed in that direction.

But Prime Minister Browne told the Observer Media group that the comments in question were actually made in Parliament, and not on radio as was suggested, and called the lawsuit threat an example of Cave “looking to be seen”.

“A statement of fact, made in the Parliament of Antigua and Barbuda, where I swore an oath to speak without fear or favor, could never be defeated in a court of law,” Browne added.

Last month, St. Vincent and the Grenadines Prime Minister, Dr. Ralph Gonsalves, said he has a “plan in mind” for regional air travel and while he did not disclose the plan to listeners of a radio program in his homeland, Gonsalves detailed the history of the failed regional carrier LIAT, an entity he served as chairman of for the shareholder governments.

The airline, is owned by the governments of Antigua and Barbuda, Barbados, Dominica and St Vincent and the Grenadines (SVG). Antigua and Barbuda Prime Minister Gaston Browne said previously that a decision had been taken that would allow Barbados and SVG to turn over their shares in LIAT to St. John’s for one EC dollar (One EC dollar=US$0.37 cents).