Akilli Charles, Who Successfully Led "Bail for Murder" Ruling in Trinidad, Killed in His Home

PORT OF SPAIN, Trinidad – The attorneys who represented a former murder accused whose constitutional claim against the state led to the historic bail for murder ruling, has condemned his murder over the weekend while praising him for his efforts to improve inadequacies in the criminal justice system. 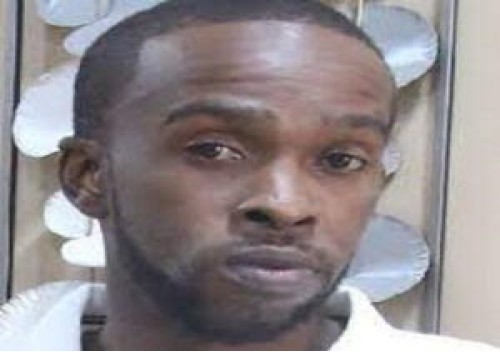 Akilli CharlesPolice have detained no one in connection with the murder of Akilli Charles, 42, was shot and killed at his home in Diego Martin, west of here on Saturday night.

Last week, the London-based Privy Council, the country’s highest and final court, ruled in favor of a constitutional motion brought by Charles on the issue of bail for people charged with murder. The Privy Council upheld the Court of Appeal ruling that Section 5(1) of the Bail Act was unconstitutional.

In a statement, the attorneys, including former attorney general, Anand Ramlogan described Charles’ as a respectful young man who worked hard to live a decent life and separate himself from criminality.

They said it is likely that people would wonder whether his murder was linked to his success at the courts and that his murder would be particularly heinous if it was prompted by that court case.

“If it did, it is an outrageous and sinister attack on the justice system itself as it shows that unpopular judgements can bring social revenge. Such behavior is a threat to the rule of law and undermines the legal system.

“If that is where we have reached as a society then we are simply a failed state – we are a decaying state that refuses to confront the raw and ugly reality all around us as we slide deeper and deeper into the social abyss and coma that defines our present existence,” the statement said.

The lawyers said it would be inappropriate to judge Charles based on where he was from and suggested that any attempt to justify his murder, was part of a wider pattern to cope with the prevalence of violent crime, rather than stirring outrage.

The statement also noted that Charles had no criminal conviction and that while he was charged with the 2010 murder of Russell Antoine, he was eventually freed owing to a lack of evidence by the State.

“It’s easier to say, ‘He was probably involved in some gang ting,’ or assume he was involved in some wrongdoing and, ‘that’s why it happened. That type of justification enables the ‘it won’t happen to me’ mindset which is comforting to the average citizen,” according to the lawyers.

In 2019, Charles was freed by Chief Magistrate Maria Busby-Earle-Caddle after she upheld a no-case submission by his attorneys that the State did not provide sufficient evidence during the course of the preliminary enquiry for Charles to face trial at the High Court.

He and four other men had been charged with the murder of Russell Antoine in 2010.

They were part of a group prisoners who in 2017, staged a near-riot at the Port of Spain Magistrates’ Court after being told that their matters would have to start a fresh after the elevation of former chief magistrate Marcia Ayers-Caesar to the High Court Bench.

Following his release from prison, Charles brought a constitutional claim against the State arguing that it was unlawful for those accused of murder to automatically be denied bail. While his claim was dismissed at the High Court, a three-judge Appeal Court panel comprising Chief Justice Ivor Archie along with Justices of Appeal Mira Dean-Armorer and Malcolm Holdip overturned the High Court ruling.

The Office of the Attorney General appealed the ruling at the Privy Council and on Thursday, five law lords at the apex court upheld the Appeal Court’s ruling making it law for anyone charged with murder were free to apply to the court for bail.