US Charges Trinidad-Born National on Providing Assistance to ISIS

The United States has laid charges against two people, including a 53-year-old born Trinidad and Tobago national, who were detained by the Syrian Democratic Forces (SDF) and recently transferred to the custody of the Federal Bureau of Investigation (FBI). 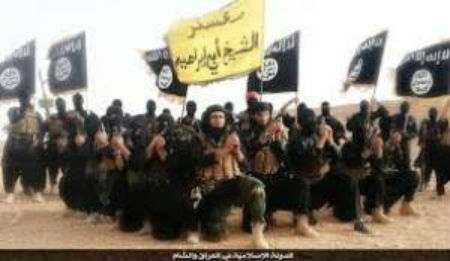 The authorities said that Emraan Ali, 53, a US citizen born in Trinidad and Tobago, was charged in a complaint with providing and attempting to provide material support to ISIS.

Jihad Ali, 19, a U.S. citizen born in New York, was charged in a complaint with conspiracy to provide material support to ISIS.  Both defendants made their initial appearances in federal court on Wednesday in the Southern District of Florida before U.S. Magistrate Judge Edwin G. Torres.

According to the criminal complaints, in March 2015, Emraan Ali travelled to Syria with his family, including his son, Jihad Ali, to join ISIS.

Both Emraan Ali and Jihad Ali received military and religious training and served as fighters in support of the terrorist organization.  In addition to serving as a fighter, Emraan Ali served in various other roles in support of ISIS.  Emraan and Jihad Ali finally surrendered to the SDF near Baghuz in March 2019, during the last sustained ISIS battles to maintain territory in Syria, according to the complaint.

Assistant Attorney General John C.Demers and. Ariana Fajardo Orshan, U.S. Attorney for the Southern District of Florida, commended the investigative efforts of the FBI and the JTTF.

The case is being prosecuted by Assistant U.S. Attorneys Rick Del Toro and Jonathan Kobrinski, with assistance from Trial Attorney Elisa Poteat of the National Security Division’s Counterterrorism Section.

“A criminal complaint is merely an allegation, and every defendant is presumed innocent until proven guilty beyond a reasonable doubt,” according to a statement issued by the United States Department of Justice.