Census Day 2020 came and went this year without a lot of fanfare as it was upstaged by the dreaded new coronavirus (COVID-19) that is spreading death and mayhem across the globe. 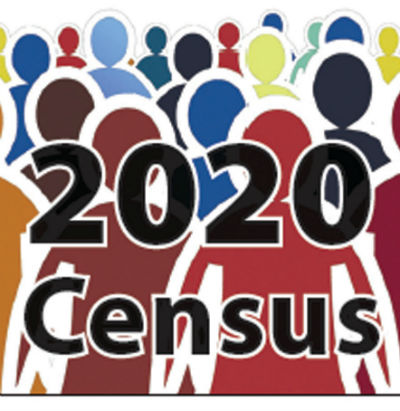 “census” Among the lessons to take away from the pandemic is that we must ensure every person in the United States, regardless of immigration status, is counted.

The breakdown in the U.S. healthcare system is a clear indicator of why we need an accurate count of the number of people who truly live in this country in every area. The bleak reality of an inaccurate count is playing out for the world to see in ethnic communities like Elmhurst, Queens, NewYork, where the Elmhurst Hospital has been overwhelmed by cases of the virus and has seen several deaths to date.

The population of this community is put at 49.7 percent Hispanic or Latino, 34.2 percent Asian and 7.64 percentblack or African American. Some 84 percent of the people in Elmhurst and South Corona speak a non-English language. Only 65.9 percent are U.S. citizens.

That is what the census numbers from 2010 say. It is likely a lot more since as the census’s own data from 2010 showed there was only about a 57 percent to 40 percent rate in Queens in April 2010 and the undercount was real.

So far this year, in Congressional District 6, which includes Elmhurst Hospital, the census response rate according to the census’s tracking map, is barely over 33 percent.

In the 9th Congressional District, home to a significant percentage of Caribbean immigrants and represented by Caribbean American Congresswoman Yvette Clarke, the response to date is even lower – at 32.5 percent. That is not good news.

Too often we complain that we are the “underserved communities”, but the power is literally in our hands and we need to use it. We must quit complaining and start taking back the power and that begins with the 2020 census, which will determine funding in our communities for the next decade.

It is why it is imperative that, despite the current pandemic and the additional stress it has added to our daily lives, we must ensure we take a few minutes as we are quarantined to fill out the census form on online – whether on a computer or a phone - and avoid someone knocking on your door in this era of social distancing.

If you can post on social media, you can take the census.

In the immigrant community especially, our future in this country depends on us standing up and being counted regardless of immigration status. Look at the census as what it is – a head count for dollars wherever you live.

It’s about saying you are present to receive actual money which goes to providing hospital care for when you need it; funding for fire fighters and police who can show up when you need them; funding schools in your district so your children can get to them and not be crammed into overcrowded classrooms; funding SNAP and Head Start programs for when you or your neighbor needs them; funding for small businesses especially in times of crisis like now, and so much more.