I'm always intrigued by sophomore novels by authors whose debuts I loved: Will they live up to my expectations? Will they feel the same or different--and which do I prefer? 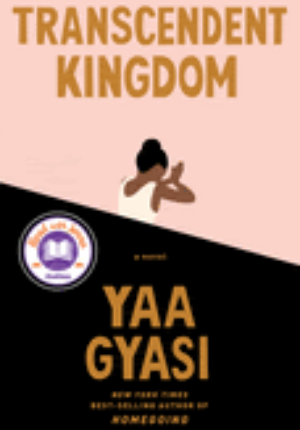 I fell in love with Brit Bennett's writing in her 2016 debut, The Mothers(Riverhead, $16), a powerful story of race and motherhood and coming-of-age. The Vanishing Half (Riverhead, $27) lived up to every one of my expectations from Bennett, delivering a compelling and ruminative story of two twins, one who lives as a white woman and one as a black woman, and the many ways race runs cracks down their lives--and the lives of those around them.

Yaa Gyasi's Homegoing (Vintage, $16.95), also a 2016 debut, dealt with many similar themes: race and racism, and the legacy of both on generations of one family. I tore through her second novel, Transcendent Kingdom(Knopf, $27.95), with equal fervor, desperate to understand the ways that faith and science intersect in the life of Gifty, a Ph.D. candidate in neuroscience, especially as they relate to the experience of losing her brother to addiction.

Shelf's review called Nicole Dennis-Benn's debut, Here Comes the Sun (Liveright, $15.95), a "stunning, multi-layered novel" that explores "the implications of race, reputation, class and money." Those same qualifiers could easily be applied to her follow-up novel, Patsy (Liveright, $16.95), which proves her place as an author capable of using vivid backdrops and complex, nuanced characters to explore the gray area that arise when those four themes converge in one life.