COVID-19 Claims Another Life in the Reggae Industry

The reggae industry has lost another life to the dreaded COVID-19 virus. 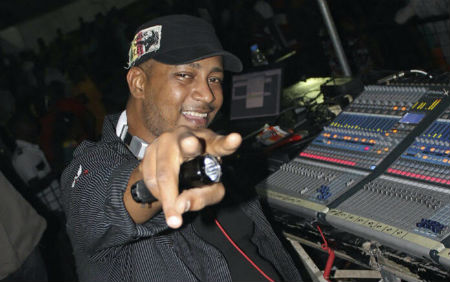 Producer Barry-O-Hare has died from COVID-19 in Jamaica.On the heels of the death of Jamaican reggae great, Frederick Toots Hibbert of Toots and the Maytals fame, many music veterans are now mourning producer Barry O’Hare, the son of a minister turned reggae and dancehall music producer.

The veteran dancehall producer, 56, who produced hits for the likes of Sean Paul and Shaggy, also died at the University Hospital of the West Indies in Kingston after he was admitted last Thursday, September 17th. Jamaica media reports said O’Hare reportedly succumbed to complications this morning as a result of complications brought on by the deadly COVID-19. O’Hare was much revered in the entertainment industry for his work, both in-studio as well as mega stage show productions. He has worked with many of Jamaica’s greatest entertainers including, Tanya Stephens, Diana King, Yami Bolo, Jack Radics, Prezident Brown, Mikey Spice, Morgan Heritage,  Beres Hammond, Third World, Burning Spear, among others.

In the late 80s O’Hare was employed as an apprentice studio engineer at Carl Young’s Grove Music Recording Studio in Ocho Rios. The novice soon proved particularly successful assisting Courtney Cole as both an engineer and a session musician working with artists including Prezident Brown, Tony Rebel, Jack Radics, Yusus Afari and Brushy One String. In addition to producing local hits O’Hare’s international success included sessions with Third World and Burning Spear. He maintained his association with the latter by remixing three volumes of the Living Dub series in a 90s style.

As O’Hare’s career progressed, he demonstrated his capacity as a composer, producer and backing vocalist. Having benefited from working with Courtney Cole’s Roof International he established autonomy in the early 90s when he set up his own X-Rated record label, recruiting Carl Nelson to assist him. In 1992 O’Hare enjoyed success with Yammie Bolo’s ‘Joe The Boss’ and ‘Be Still’, and in 1995 released Mikey Spice’s excellent debut Happiness, and Tanya Stephens’ Big Things A Gwaan. Later, O’Hare formed an allegiance with the popular disc jockey Michael ‘Mighty Mike’ Johnson from the locally based Irie FM radio station. The collaboration resulted in a series of continuous mix albums interspersed with radio jingles recorded by top Jamaican performers. O’Hare has continued to introduce new artists, enjoying particular success with Daweh Congo, Determine and Harry Chapman.

Their deaths follow the deaths of legendary singer Dobby Dobson and Delroy Washington.

Dobson died from COVID-19 in Florida, Washington, who was discovered by reggae legend Bob Marley in the 70s and subsequently went on to play with Marley and the Wailers, died at the St Mary’s Hospital in London in early April from the dreaded COVID-19.