Caribbean soccer nations will have to readjust their timetables to accommodate new formats for several qualifying tournaments, including age group and senior World Cups. 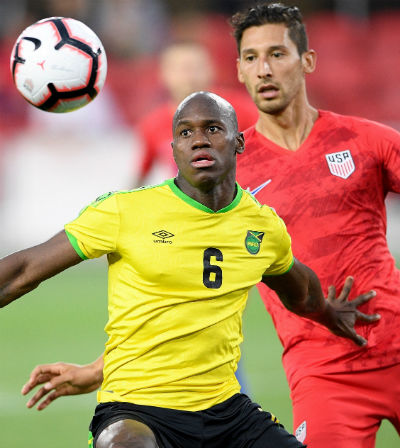 Jamaica, U.S. may have to wait a bit longer.Soccer’s world governing body FIFA has confirmed that CONCACAF’s planned qualifiers for the 2022 senior men’s World Cup have been postponed in light of the COVID-19 pandemic.

CONCACAF’s Hexagonal, which should include Caribbean, North and Central American nations, was set to kick off during the September international window. However, a statement issued after a FIFA Council meeting last month noted that window would be closed for federations outside Europe and South America.

CONCACAF will therefore be forced to alter plans in the run up to the World Cup, including changing the format of the qualification competition.

The decision to change the match calendar was welcomed by the regional soccer (football) governing body, which said many of its member associations and their communities continued to face significant challenges due to the spread of the highly contagious virus.

It added that it would work with its stakeholders to reorganize the CONCACAF Road to Gold Cup Qualifiers (originally scheduled for March and June 2020), its inaugural Nations League Finals, originally scheduled to be held in Houston and Dallas in June, and a range of other suspended competitions.

Given the elimination of the September window, the soccer body will be revamping the 2020 World Cup qualifying competition, nixing the Hexagonal, which would have had to be followed by playoffs in two international windows.

In the Hex, the top six ranked CONCACAF teams based on the FIFA rankings play home-and-away round-robin matches. The top three teams would qualify for the World Cup, and the fourth-placed team would advance to the CONCACAF play-off round. So far, Jamaica is the only Caribbean nation which appears set to qualify for the Hex.

FIFA had also announced that the June 2021 window would be extended by seven days for CONCACAF and other federations outside Europe and South America, so they can play four games instead of two.