NEW YORK – Trinidadian Austin “Jack” Warner, the former high ranking soccer executive, has been implicated in a 53-count indictment in the United States. 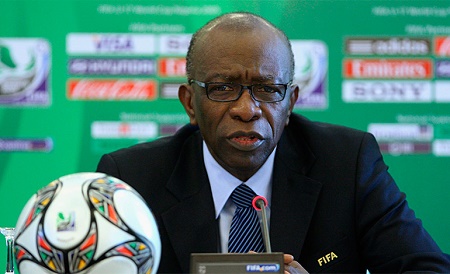 “Warner” The 77-year-old Warner, once a powerful vice-president of FIFA, the game’s world governing body, and a perennial head of the sport’s continental governing body CONCACAF and the Caribbean Football Union (CFU), has been accused in the U.S. District Court in Brooklyn, New York of receiving up to $5 million in bribes

Charges against Warner include wire fraud, money laundering and racketeering. Prosecutors allege the crimes took place between 1998 and 2011.

The indictment alleges Warner, “together with others, conspired to use their positions to engage in schemes involving the solicitation, offer, acceptance, payment and receipt of undisclosed and illegal payments, bribes and kickbacks.

“The conspirators also participated in the corruption of the enterprise by conspiring with and aiding and abetting their co-conspirators in the abuse of their positions of trust and the violation of their fiduciary duties.”

Warner is among several former soccer officials and media executives charged by the U.S. Department of Justice (DOJ), sparking yet another scandal in the global soccer community.Former Brazil federation president Ricardo Teixeira, and Guatemala football chief Rafael Salguero, were among those implicated.

Warner has dismissed the latest legal development in the U.S. as “stupidness,” according to a T&T media house.

Warner, a former Cabinet minister in Trinidad and Tobago, resigned from FIFA, CONCACAF and CFU at the height of the infamous cash-for-votes scandal in 2011. He was named in a similar DOJ indictment in 2015, also charged with “wire fraud, racketeering and money laundering”, but has so far successfully avoided extradition to face those charges.