Holder Wants Focus on All Formats of Windies Cricket

PORT OF SPAIN, Trinidad– All-rounder Jason Holder says he does not want to be pigeon-holed as only a Test player, but believes he has a contribution to make to West Indies cricket in all three formats. 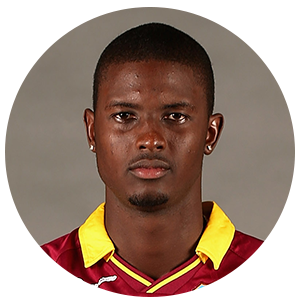 The 28-year-old, who has led West Indies in Tests for the last five years, emerged recently as one of the world’s leading players in the longest format, where he has been ranked as the number one all-rounder for over a year now.And though Test cricket is where he has managed to make his mark, Holder still thinks his skills and knowledge can be helpful in the white-ball versions.

“I don’t want to just segregate myself and pigeon-hole myself to one particular format,” he explained. “Yes I’m the captain for the Test team but as I’ve crossed formats for a number of years, I think my sole focus has been on West Indies cricket, ideally in all three formats, not only in Test cricket.”

Until last September, Holder also captained the one-day international (ODI) side, having led the unit since 2014. Following a dismal World Cup in England last July and another series defeat to India the following month, Holder was relieved of responsibility for the ODI side.