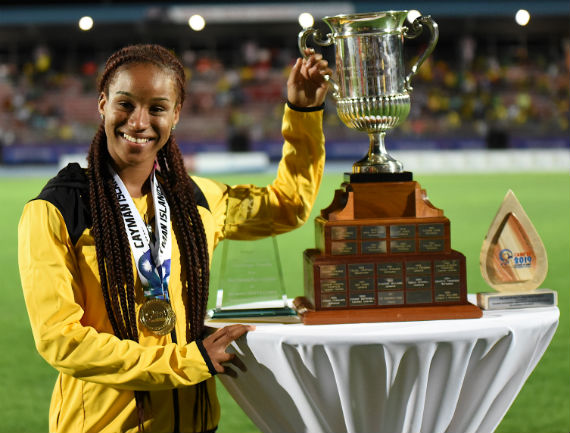 “Williams” Williams, who won the 100 and 200 meters the world under-20 championships and placed third in the women’s 100 at Jamaica’s 2019 senior national trials, to earn a place in this year’s IAAF World Championships starting later this month, tested positive for hydrochlorothiazide (HCTZ), a diuretic.

Jamaica is expected to announced the nation’s team on Sept. 6. Up to press time it was not clear if Williams will compete at the World Championships.

According to The Star newspaper in Jamaica, the Jamaica Athletics Administrative Association (JAAA), which governs the sport on the Caribbean island, “will be seeking an expedited hearing and will be contesting that the 17-year-old had no fault in the circumstances and therefore, should not face any sanctions.”

The positive test result for the banned substance is believed to have come from a sample Williams gave at Jamaica’s trials in June.

According to The Star, “Diuretics are often abused by athletes to excrete water for rapid weight loss and to mask the presence of other banned substances.”

The Star reported that Williams took “contaminated cold and flu medication, which … she had declared on her testing protocol form, as the source of the banned substance.”