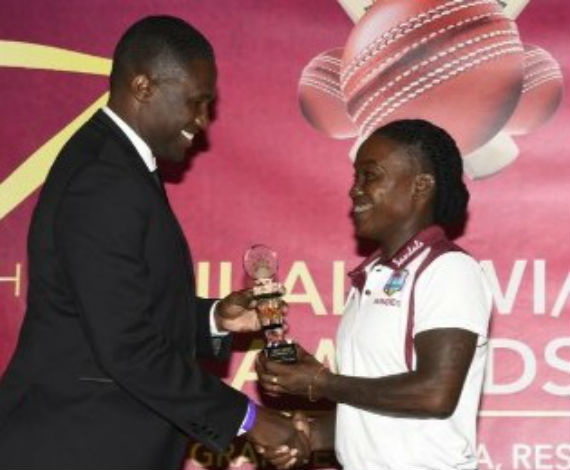 The 27-year-old Holder made 565 runs in eight Tests during the period under consideration – April 2018 to Mar. 2019 – including a maiden Test double century against England in the first Test in his home country Barbados.

During the same period, he also captured 40 wickets with his medium pace bowling and last February was installed as the number one Test all-rounder in the International Cricket Council’s player rankings.

Dottin, who is also from Barbados, swept the women’s category after averaging 41 runs in six ODIs. She picked up 15 wickets at 13 runs apiece with her medium pace. The 28-year-old also averaged nearly 33 runs per inning and took 14 wickets in T20s.

The following is a list of the other awards presented on Aug. 19:

* Under-19 Team-of-the-Year - Trinidad and Tobago