Jamaican assistant referees Stephanie Yee-Sing, left, and Princess Brown were appointed to officiate this month’s semi-final game between Sweden and the Netherlands at soccer’s Women’s World Cup in France. 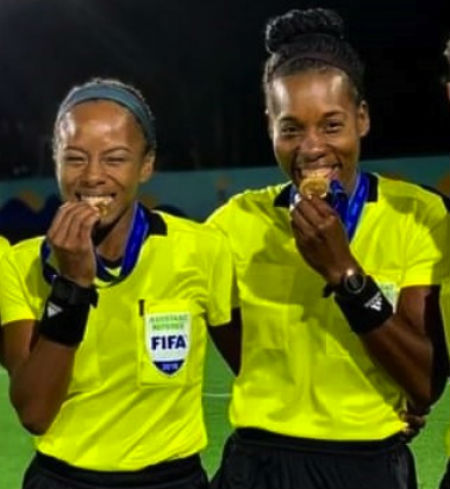 “An amazing achievement, as it must be as a result of how well they have done throughout the tournament.This example will go a far way in showing young girls the breadth of possibilities available to them in (soccer).” Jamaica’s Reggae Girlz also created history by becoming the first Caribbean nation to compete at the Women’s World Cup.