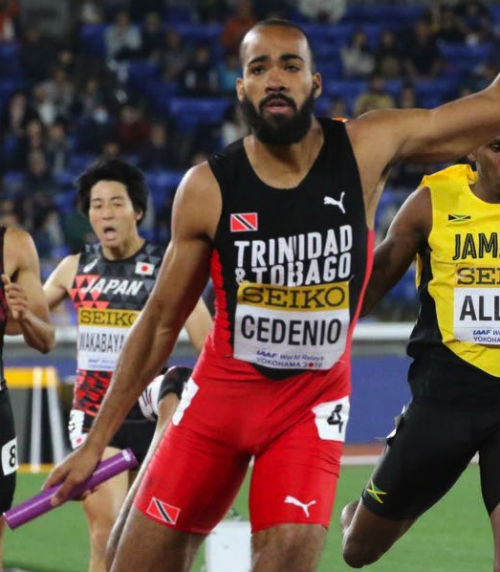 The region finished the meet with one gold, two silver and a bronze.

T&T, led by a stellar anchor leg from Rachel Cedenio , won the men’s 4x400 meters. Cedenio teamed up with Deon Lendore, Jereem Richards and Asa Guevara to clock a world leading time of three minutes 00.81 seconds. Jamaica finished third in a season’s best 3:01.57, but the team of Demish Gaye, Akeem Bloomfield, Rusheen McDonald and Nathon Allen was moved up to second place and awarded the silver after the United States was disqualified for a lane violation.

However, muffed baton changes cost Jamaica’s team of Elaine Thompson, Stephenie Ann McPherson, Shelly-Ann Fraser-Pryce and Shericka Jackson dearly in the women’s 4x200. They clocked 1:33.21 for fourth, but was promoted to third and awarded the bronze following disqualification of the U.S. The gold was won by France in 1:32.16, with China second in 1:32.76.