PRIDE OF PLACE: Getting to Know T&T’s National Symbols 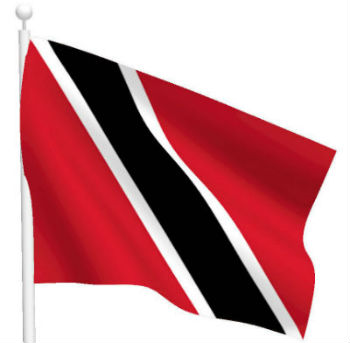 Trinidad and Tobago’s national flag was selected from a series of designs created by the Independence Committee in 1962.

The colors of red, white and black reflect the philosophy of a new nation, its principles, hopes and aspirations. It also reflects T&T’s determination to preserve harmony and unity of spirit which underlie the cultural diversity of its people.

The flag’s colors also represent the elements of earth, water and fire, which are embodied in T&T’s past, present and future. Black represents the dedication of the people joined together by a strong bond. It is the color of strength, unity of purpose and wealth of the land.

Red represents the fire element, the color most expressive of T&T - the vitality of the land and people, warmth and energy of the sun, courage and friendliness of the people.

White is the sea by which these lands are bound; the cradle of the nation's heritage; purity of aspirations; and equality of all people.

T&T’s coat of arms was designed in 1962. It incorporates important historical and indigenous elements of the twin-island republic, including The shield, the helm of special design, the mantle which covers the helm, the wreath to hold the mantle in place, the crest, the supports and the motto.

Inscribed on the motto scroll are the words “Together we aspire; together we achieve”, which promotes harmony in diversity for national achievement.

The national flower, the chaconia, called “wild poinsetta" or “pride of Trinidad and Tobago”, is a flaming red forest flower of the family rubianceae. This flower, known by its long sprays of vermillion, blooms on every anniversary of T&T’s

The national birds of T&T are the scarlet ibis and the cocrico.

The largest habitat of the scarlet ibis is the Caroni Swamp in central Trinidad. The bird is brown when young, but its color changes to red when it is mature. 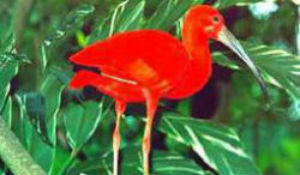 The cocrico is a native of Tobago and Venezuela, but is not found in Trinidad. It is about the size of a common fowl, brownish in color with a long tail.

Patrick S. Castagne composed the words and music of the National Anthem in 1962.

Forged from the love of liberty,

In the fires of hope and prayer,

With boundless faith in our destiny

Side by side we stand

Islands of the blue Caribbean Sea,

This our native land

We pledge our lives to thee.

Here every creed and race,

And may God bless our nation.

Here every creed and race,

And may God bless our nation. 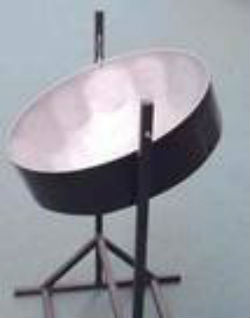 Traditionally made from a steel drum or container, the playing surface of the percussion musical instrument is divided into convex sections by channels, grooves and/or bores. Each convex section is a note tuned to a definite pitch.