GEORGETOWN, Guyana – The governments of Guyana and the United States are working to prepare for the release and deportation of convicted Guyanese drug lord Shaheed Roger Khan. 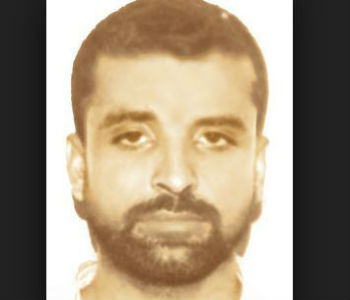 Khan, who is scheduled to be released from a U.S. prison in July, has been serving a10-year sentence for narcotics trafficking and conspiracy.

“We are working very closely with the Guyanese authorities on making sure that the arrival is as smooth as possible and so the best thing we can do is continue to collaborate and share information and work together,” said U.S. Ambassador to Guyana Sarah-Ann Lynch during an interview on local radio last month.

The convicted drug pusher, before his arrest in Suriname and extradition from Trinidad and Tobago, had admitted to leading a death squad enterprise in Guyana that is believed to be responsible for the murders of several persons and the execution of suspected criminals. He also admitted he offered security support to the then People’s Progressive Party (PPP) civic government.

Khan was slapped with the prison sentence after he opted to take a plea deal rather than face a trial.

However, the terms of that plea deal are not known.

Khan recently filed a petition with a U.S. Court seeking an early release. Up to press time the matter had not been heard.

On his return to Guyana, it is likely that Khan could face a wide range of criminal charges.