General elections will be held in the British Virgin Islands on Feb. 25. 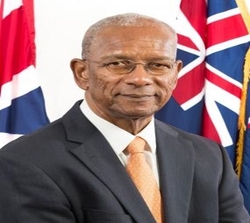 Premier Dr. Orlando Smith announced the date on Jan. 23 in the House of Assembly shortly after he declared the House dissolved.

Last November, Governor Augustus Jaspert announced general elections would be held earlier than scheduled based on advice from the premier, who decided to forego a by-election for the Fifth Electoral District. That district became vacant in October following the death of Representative Delores Christopher.