PORT OF SPAIN, Trinidad – West Indies fast bowling icon Michael Holding has not held out much hope for the implementation of some of the major recommendations arising from the recent Wehby Governance Report. 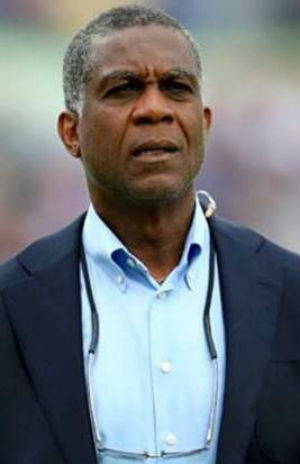 “Holding” The 66-year-old Jamaican, now a well-respected international television analyst, said while he was happy with the review of the governance of West Indies cricket, he was worried the Cricket West Indies (CWI) board of directors would be reticent about adopting the proposals, especially those which threatened their own existence.

Holding argued that if directors had the success of West Indies cricket at heart, they would be motivated to put the development of the game before their own well-being.

“I have absolutely no problem with the recommendations that are coming from these committees,” Holding said during an interview on i95FM Radio here recently.

“I’ve seen them on so many occasions but my question always is: are they going to be taken on board? Are the board members going to vote for some of (themselves) to stay home?

“If you’re not offering anything, if the board is not functioning as well as it should, you should be able to look at yourself and say ‘listen, we need to change this’. Even if I am one of the people that have to stay home, if this is going to produce something better (that should be the approach).

“That’s what they should be there for, to look at things that will produce something better, not to be worried about whether I won’t go to the next meeting or if I won’t be part of the board.

“But every time these recommendations come forward I get the impression that’s what people are thinking.”

An independent task force, headed by Jamaican businessman Don Wehby, was charged by CWI with reviewing the governance structure of the regional body. It recently put forward several proposals aimed at “improving the governance of CWI”. Among the recommendations was downsizing of the current CWI board of directors from 18 to 12, and the inclusion of at least two women.

In another potential blow to the CWI bureaucracy, the task force also proposed the reduction in the number of CWI committees from 12 to five.

Holding questioned the rationale of having two directors from each territorial board, pointing out the system did not allow for proper representation to take place.

“You have a ridiculous situation – you have two people coming from a region and there’s an issue on which to vote at the board level,” he explained.

“Both members are supposed to go to that board meeting and vote for what the mandate is from their board and I know on many occasions you have people that will go to a meeting to vote on an issue and one will vote ‘A’ and one will vote ‘B’. How does that make sense?”

CWI President Ricky Skerritt said last month the Wehby Report was currently in the hands of directors and hoped it could be approved and implemented.