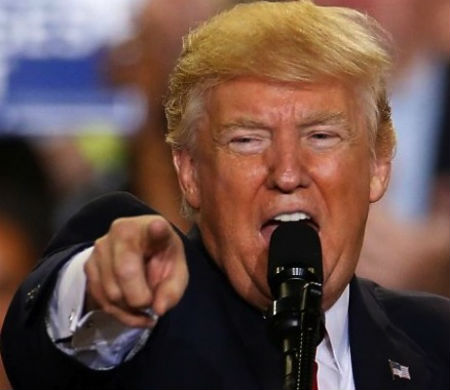 “Trump ” That is more than all the Americans who died in combat in six wars, as well as 9/11, combined.

That’s a combined total of 54,325 – tens of thousands less than the number of Americans who have so far lost their lives because of this administration’s mismanagement of the coronavirus.

But don’t hold your breath for the 45th POTUS to hold a moment of silence for these poor souls. He is far too busy scapegoating immigrants for his epic failure.

Never mind that many immigrants have died or are dying at a rapid rate from COVID-19, including on the frontline of this COVID-19 war within our borders. No, the xenophobic administration is now happy to use this virus to carry out its revolting agenda of ridding the country of immigrants.

Here are three ways they are busy executing this agenda:

On May 1, ICE’s Enforcement and Removal Operations arm began the pilot program as it ramps up to fully implement a little used 2005 rule.

2.H 1/B visa holders - The administration of President Donald Trump says it is unlikely to allow laid-off holders of H-1B and other work visas to extend their stay in the country amid the coronavirus pandemic, according to the New York Times.

The administration is also expected within the next few weeks to halt the issuance of new work visas, such as the H-1B, for high skilled foreigners, and the H-2B, for seasonal employment.

The new measures would also eliminate a program that enables foreign graduates of U.S. universities to remain in the country and work. Many H-1B workers have been waiting in a backlog for several years to obtain permanent legal residency through their employer, and now face the prospect of being booted out.

But the biggest fall out from this is that, should the H-1B doctors on the frontline of the coronavirus fight die, then their families could be deported, since under the rules if a H-1B visa holder dies, any H-4 dependent family members become undocumented and instantly subject to removal.

On March 18, 2020 – due to the coronavirus pandemic – the U.S. Citizenship and Immigration Services, (USCIS), stopped doing naturalization interviews and ceremonies. A new report by Boundless Immigration, a technology company that helps immigrants obtainpermanent residence and citizenship, says the delay has already left well over 100,000 future Americans in limbo.

This comes at a time when the USCIS says it is tightening the U.S. citizenship test and as fees have been increased for naturalization services.

All this comes while Americans, including countless immigrant families, are mourning. But Trump and his band of xenophobes, led by chief bandleader Stephen Miller, are all too happy to push the limits amid the distraction and push more immigrants out.