KINGSTON, Jamaica - Not every Caribbean person likes reggae or soca. Food tastes in the region vary too, as do religious beliefs. The accents spit in different directions. 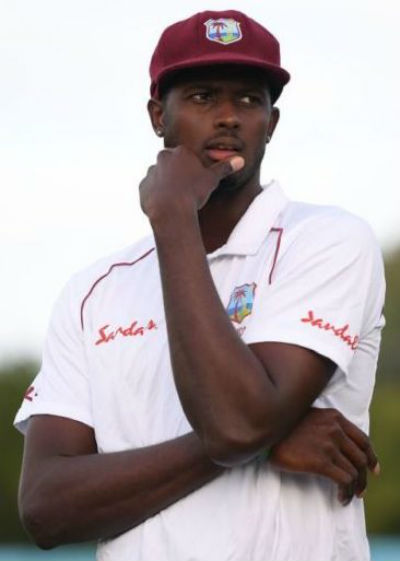 Holder is hoping for solutions to Windies failures.Yet there’s always been a common thread that binds the Caribbean: Cricket.

Or at least it used to.

For years the people of the region, represented by players performing under the banner of the West Indies, were provided joy by the their Caribbean ambassadors on the field. The team, assembled from multiple small nations, won. It beat bigger, richer teams. We celebrated and, even for a fleeting moment, believed we were one nation.

Today, however, Caribbean cricket fans do not have much to cheer about. Their “flanneled knights”, who once proudly ruled world cricket for more than a dozen years, have been dumped among the game’s minnows, scratching for a win here or there, mostly losing and, in many instances, being outclassed and embarrassed. All the while promising to turn things around. Today, even the players know idle wishes when they hear them.

“I guess enough talking has been done,” said West Indies Test and one-day international (ODI) player Jason Holder after India completed the series sweep of the home team in all three formats of the game - which also includes Twenty20 - last month.

The once loyal fans don’t mind showing their disgust. When India beat the West Indies in two T20 games in South Florida the overwhelming majority of those in attendance supported India, despite South Florida being home to one of the largest Caribbean American communities in the United States.

India wrapped up the T20 series 3-0 in the Caribbean, then blanked the West Indies 2-0 in a three-game ODI series (one game ended without result due to rain). The winless streak continued in the two Test series, which India won 2-0.

The West Indies is currently ranked eighth in Test cricket, the game’s longest format, by the International Cricket Council. In the ODIs (50-overs), West Indies is rated ninth by ICC, the same position for T20, despite being reigning world champion in the game’s shortest format.

Yet what sticks in the craw of Caribbean cricket fans, what “bun dem”, as Jamaicans say, is the  lackluster, even pride-less manner in which they believe the game is being approached by some West Indies players. In the final Test at Sabina Park, here, a match where India pummeled the West Indies, players misfielded balls in such a nonchalant manner it appeared they would prefer to be elsewhere.

In many cases they didn’t play smart. As one former West Indies player used to say, they don’t play “the wicked cricket” - the tough, no-nonsense, intelligent brand.

After the final Test, Holder tried to impress that the “guys work really well as a unit.” No doubt some players, including Holder, are putting in maximum effort. Unfortunately, too many others do not. Faulty techniques fester. Sources inside the West Indies camp recently revealed that multiple players failed a fitness test.

What? They are getting far paid better than players who came before them and won consistently. Fans notice. The biggest crowd attending any day of the four days of actual cricket (a Test match is supposed to last five days, but West Indies lost well before that) was just over 1,000, according to unofficial sources. And that seemed a generous count.

As a boy attending Test matches at “Bina", I remember the place being so jammed, some spectators had to take to the trees or position themselves, nose pressed against wire fences, to see play. Today Sabina Park is a majestic place, with massive modern stands, inviting fans to come. But when the West Indies plays Test cricket there, they don’t. One international cricket website recently wrote an article about the death of Test cricket in Jamaica.

It’s all because the West Indies keep losing; and losing without much fight. High-priced professionals fail time and again, yet still retain their place in the teams. Regional administrators squabble. They point fingers, hold elections, juggle selectors and selection formats, switch personnel. But the losing continues.

Yet even Holder, an articulate and promising young cricketer, seems bent on grasping for a silver lining somewhere … anywhere.

“I think we’re good enough in this Test group to encourage us to keep going,” he told reporters. “We just got to put it together more often.”

Fact is, India was a far better cricket team than the West Indies - in all formats. Nothing criminal about that. What’s disheartening, skipper, is the attitude, the approach. West Indies players didn’t join the Indian team on the field for the trophy presentation at Sabina. It would have been nice - not to mention respectful - to stand there and pay respect to your conquerers.

Maybe that would have drilled a sense of embarrassment - humility maybe? - into the players, enough to inspire them to do better next time.

“If these guys don’t take the opportunity to develop themselves, we are going to be stuck where we are,” former West Indies great Andy Roberts told a radio program last month.

By the time the West Indies finally “turns the corner” there may not be many Caribbean fans left to see it. Holder claiming the West Indies is heading in the “right direction” isn’t convincing.

What Caribbean fans are seeing, the few still watching, is many West Indies players lacking quality on the field and mentally inadequate for the highest level of the game, a point made by Roberts.

The one thread that usually binds the Caribbean is looking awfully weak.