BROWARD COUNTY, FL - November 15th marks the beginning of manatee season which runs through March 31st. As air and water temperature drop, manatees begin moving south toward warm-water refuges while seasonal and manatee protection speed limit zones go into effect throughout the State. Broward County’s Environmental Planning and Community Resilience Division implements the county’s manatee conservation program and cautions boaters to be on the lookout for greater numbers of manatee presence throughout the County’s waterways (including the intracoastal, canals, and natural waterways) during the cooler months. 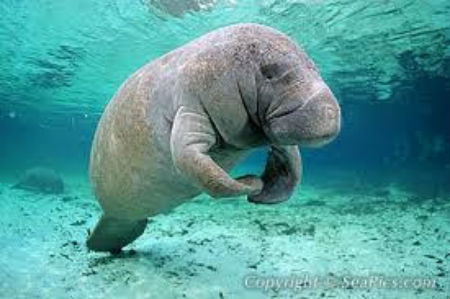 During one manatee season, more than 1,200 manatees have been documented in the County’s waterways on a single day; this can represent a significant portion of the entire population of manatees in Florida. With colder weather, an area of notable concentration of manatees is in and around the Lauderdale Power Plant cooling lakes off the South Fork New River and the Port Everglades Power Plant cooling canal. As the air and water warms after a period of cold weather, the manatees will move into the surrounding canals and Intracoastal Waterway to forage, thus increasing the chance of manatee/boater interaction. Statewide, 124 manatees were killed by boats in 2018 with 6 of those deaths occurring in Broward County. Boaters should be aware that the maximum speed for boats in regulated waterways may differ from what is allowed during the warm weather months.

Although manatees are quite large, they can be difficult to see from a boat as they often swim and rest just below the water’s surface. To avoid striking manatees, vessel operators should obey all posted speed limits, wear polarized sunglasses to help them spot the animals in the water, and watch for the large, tell-tale circular slicks on the surface of the water caused by the tail (manatee “footprints”) that indicate the presence of manatees.

If a manatee is spotted, the sighting can be reported by using the County’s “I Spy a Manatee” mobile app (available for free download on the Apple App Store and Google Play). In addition to allowing users to report sightings of manatees, the app provides maps of the County’s state-regulated manatee protection and boating safety zones allowing boaters to immediately see what zone(s) they are traveling through if using the location services of the mobile device.

If you see a sick, injured, or dead manatee, call the Florida Fish and Wildlife Conservation Commission’s (FWC) Wildlife Alert Number at (888) 404-FWCC (3922), *FWC or # FWC on a cell phone or with a text to This email address is being protected from spambots. You need JavaScript enabled to view it.. You’ll be asked to answer several questions such as whether the manatee is alive or dead, it’s approximate size, and exact location.