Solar: The Ray of Light in Miami’s Clean Energy Bid

October 2019 — This month, youth climate advocates came together around the world to highlight the global climate emergency, and Miami Beach listened. The city declared its own climate emergency in response and vowed to prioritize climate change on its agenda. 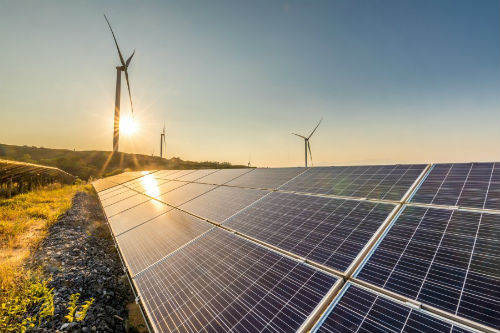 “We are so proud of the youth leaders and their allies who worked hard to make this declaration a reality. We hope the city of Miami Beach will continue this leadership trend by taking concrete action to reduce emissions, like transitioning to 100% clean and renewable energy,” Emily Gorman, a representative for environmental group Sierra Club, told the Miami Herald.

The city has dabbled in renewable energy over the years but certain technologies, like wind, are simply not viable. Land is becoming more expensive, meaning there are few options for wind power developers to install turbines in a cost-effective way. Miami Beach has access to the sea, but offshore wind turbines would be vulnerable to hurricane activity off the Gulf Coast, which could ultimately be more costly for the city. Hydro energy has been generated by Florida for decades in the city of Tallahassee, but now solar power undercuts it economically and the city proposed the closure of one of its two plants in 2017 due to inefficiencies.

Now, developers in The Sunshine State, are focusing on the shining beacon of hope for renewable energy policies: solar power. Initial outlay for solar energy in Miami-Dade is still relatively expensive, coming in at between $11,645 and $15,755, equating to around $2.74/W. But Miami’s privileged position means it has on average 248 sunny days per year, compared with the national average of 205, meaning its residents can reap greater rewards from solar power.

Major U.S. utility Florida Power & Light Company (FPL) is taking advantage of the opportunity to transition to renewables by launching the FPL SolarTogether initiative. “Based on the substantial interest and support that we’ve received on this innovative, voluntary and affordable program from such a diverse array of customers, community partners, businesses, local governments and national clean energy advocacy groups, we’re confident that the time is right for this program,” said Eric Silagy, president and CEO of FPL, to Renewable Energy Magazine.

In the largest community solar program nationwide, FPL SolarTogether will expand solar energy access across Florida by investing in the installation of almost 1,500MW of solar energy across 20 solar plants. FPL will offer access to its solar energy at a fixed monthly subscription cost and credits will be added to bills over the life of the plants. The utility expects most customers will receive a higher bill initially, which will reduce over three to five years and a full payback will be seen within seven years.

The program could generate up to $249 million in net savings for FPL customers, according to the utility. But the main benefit of the program is democratization of access to solar energy, since not all citizens have the resources to install their own solar panels given the still-pricey initial outlay. “FPL SolarTogether is designed to remove many of the financial burdens associated with private solar generating systems while also providing direct savings in the form of bill credits, making it an affordable option for any customer. Participants could also utilize the program to meet state and federal sustainability goals,” said the utility in a press release.