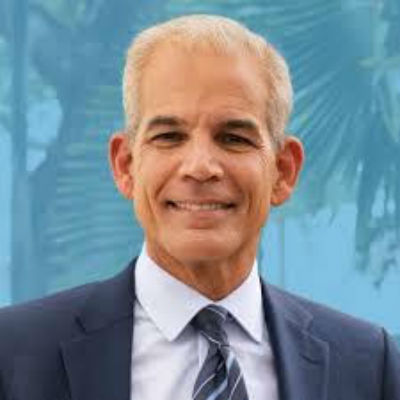 Alex Penelas“Miami Dade's current political leadership is increasingly more disconnected with the county’s transit needs and its workforce,” said TWU Local 291 President Jeffery Mitchell. “The coronavirus pandemic has only further highlighted these deficiencies and we need someone who truly cares about our frontline, which includes our transit employees and the many thousands of essential workers being put at risk. For us, the only candidate that is qualified to do the job of pushing Miami-Dade County forward is Alex Penelas and we are happy to be endorsing him today,” Mitchell added.

Relations between the union and county leadership have become increasingly strained over the last two years. Earlier in June, TWU Local 291 rescinded their support of District 5 Commissioner Eileen Higgins citing her failure to work collaboratively with and in the best interests of Miami-Dade County transit workers during her two-year tenure as commissioner. The commission’s recent effort to approve a no-bid monorail project to the beach without input from transit workers has only further compounded issues between the union and the county.

"Our unit understands that the attacks that have been launched against Penelas related to the half penny transit funding are all red herrings. These commissioners know they have misspent the billions of dollars that have been collected and that's why there have been no projects. Transit workers are very clear on this," said Mitchell.

The endorsement also comes on the heels of the death of a bus operator who, despite months of concerns from TWU Local 291 about proper sanitation on Miami-Dade County transit vehicles, was required by the county to return to work only to contract COVID-19 and pass away shortly thereafter.

Since March, the union has loudly been voicing its concern in regard to the lack of action from the county in securing mass transit. In May, the union filed a demand against Transit Director Alice Bravo to address the lack of resources and protective gear available to transit workers. Later, they launched the “Alice Bravo #RideNotDie Challenge,” a public-facing campaign which challenged the transit director to ride Miami-Dade County mass transit under the unsafe conditions being presented to employees and the riding public as COVID-19 numbers continued to rise.

“Today, we have more than 150 transit employees who have fallen ill and yet, we still don’t have testing or contact tracing available to help us properly contain the virus. All of this can only be characterized as gross negligence on their part and our community cannot afford another four years of poor leadership,” Mitchell added.