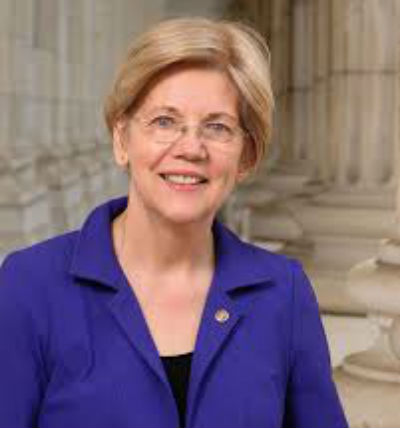 "As this public health emergency escalates, the Department of Justice still has not closed immigration courts," the senator wrote in her letter. "It is past time to do so."

Last week, EOIR Director Henry McHenry issued a policy memorandum scaling back some immigration proceedings-an apparent acknowledgement of the risk posed by COVID-19-but stopped short of closing all courts completely. Meanwhile, an immigration judge in Denver has reportedly displayed COVID-19 symptoms, and an immigration attorney in Atlanta has tested positive for COVID-19 "just one day after he appeared in a crowded courtroom."

In her letter, Senator Warren called on the Department of Justice (DOJ) and EOIR to close all immigration courts nationwide, noting that holding in-person proceedings-at which individuals cannot practice social distancing-increases the risk of COVID-19 transmission and runs counter to President Trump's Coronavirus Guidelines for America, which urge Americans to avoid gatherings of more than 10 people and to "Work ... FROM HOME whenever possible."

"Your inaction is irresponsible and is putting people's health at risk," the senator continued. "I urge you to act responsibly and immediately close all immigration courts until the health risks of keeping them open have diminished."

The senator also noted that EOIR can take steps to mitigate the hardship imposed by the closure of immigration courts, such as conducting bond hearings via telephone or videoconference and exploring other telework and technological solutions, similar to those suggested by the American Immigration Lawyers Association, the National Association of Immigration Judges, and the ICE Professionals Union.

Senator Warren has been active on oversight of the immigration courts and immigration policy and enforcement during the COVID-19 pandemic. On March 11, she sent a letter with Senator Edward J. Markey (D-Mass.) raising concerns about DOJ's handling of COVID-19 prevention efforts in the immigration courts. On March 5, 2020, she led a letter urging the Trump Administration to suspend all immigration enforcement actions in and around hospitals and other medical facilities. She has also introduced the Prioritizing Pandemic Prevention Act (S. 3510), legislation to de-fund the border wall and direct those funds to combating COVID-19.

Since the beginning of the COVID-19 outbreak, Senator Warren has pressed the Trump Administration to respond effectively to deliver the robust set of resources needed to address this emergency, including a faster expansion in diagnostic testing, medical supplies and care capacity, and support for state and  local governments to be able to help people quickly. A week ago, she put out a plan to respond to the economic hardships brought on by the coronavirus crisis -- proposing at least $750 billion in stimulus money to save our economy and help families. Building on the proposals she laid out, she worked to ensure student loan debt cancellation and a critical increase in Social Security and disability benefits are a core part of the stimulus package Democrats negotiate. Senator Warren was also the first to lay out a detailed list of conditions tied to any taxpayer-funded bailouts, such as requiring companies to keep workers on payroll, implement a $15 minimum wage, permanently ban stock buybacks, prohibit CEO bonuses, and more. Her efforts are focused on ensuring stimulus money reaches the people who need it most in this crisis -- workers and families -- and bringing much-needed structural change to our economy.