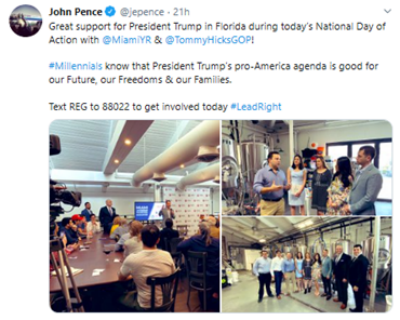 Addressing the group, Mr. Pence described the Republican Party as the party of "freedom, prosperity, and security", and he highlighted the administration's historic actions to fight against socialism and to support freedom and democracy in Venezuela, Cuba, Nicaragua, and all of Latin America. 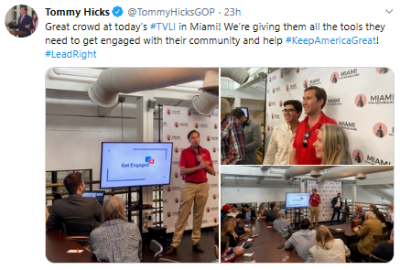 "President Trump is the most pro-Latino President in US history and he has fulfilled his promises to our community and the American people, delivering the lowest unemployment and highest wage growth in a generation for American workers, by cutting burdensome red tape and taxes, signing major trade deals with Canada, Mexico, and Japan, and securing a historic victory over China in the phase 1 trade agreement."