“Friends – We did it. I want to take this opportunity to thank each and every one of you who volunteered your time, made a donation, shared a social media post, put out a yard sign, or cast a vote to re-elect me as your Mayor. I could not have done it without you,” says Mayor Buddy Dyer – winner of the 2019 Mayoral city election. 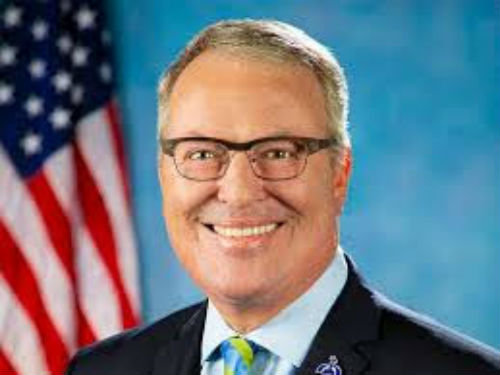 Mayor Dyer has one of the most powerful positions in Central Florida, and he oversees a city budget of $1.3 billion yearly. This is his fifth term as mayor, and he has dominated the election since 2003. His position has influence at Orlando International Airport, the Central Florida Expressway Authority, Orlando Utilities Commission, and the tourism council.

This was a staggering defeat to the two mayoral opponents, but the problems such as a lack of affordable housing and low wages must still be addressed. Under Mayor Dyer’s watch, gentrification has become a major issue where over 14,000 Black residents have lost their apartments, businesses, and homes to revitalization, and developers.

With so much development and revitalization, the question must be raised, why is Orlando one of the worst cities in the country for affordable housing? There is also another question, is the city broke with all of its development, and will the theme parks workers receive higher wages?

With only 13% of the registered voters voting in the city, it may be time for the citizens to come to the council meetings, and ask questions about the budget. There is a runoff in District 6, and it appears that a new contender may win that seat.

Samuel Ings is leaving his District 6 seat, and three candidates were vying for his spot on the city council. That race will go to a runoff December 3, with Bakari Burns winning 46 % of the votes, Gary Siplin winning 39.3% of the votes, and Lawanna Gelzer gathering 14.6% of the votes.

Gary Siplin was able to raise $150,000, and Bakari Burns was able to raise only $42,000, but Burns was still able get more votes. This contest will go to the wire, and it appears that the community is looking for someone who is fresh, new and transparent.

“Because of the low turnout at the polls, just a few votes can make a difference in off-year elections. As of Tuesday night, the Orange County Supervisor of Elections office showed turnout at 12.62%,” says Jerry Humme of Spectrum News 13.

Where are the voters in the city of Orlando? There are over 285,000 citizens in the city, and only 13% of the voters go to the polls, and that is terrible. Voting is our voice, and there appears to be no one trying to challenge our city leaders and hold them accountable to their decisions.

With over 68 million tourists coming to see Mickey Mouse on a yearly basis, the workers are demanding higher wages at the theme parks. In 1980, there were 4% of the Hispanic community in the city, and now there is 25%. The Caribbean community has increased in terms of numbers, and the African American community has been gentrified.

Congratulation to Mayor Buddy Dryer on his win, but it is time for answers to the problems, and the residents will hold you accountable. “Where is the money?”