Miami, FL—  marked the official premiere of the Common Ground: Immigration Pop-up Exhibit. This multi-city, experiential installation launched in Wynwood Miami and will be on location from Oct. 3rd – Oct. 6th before heading to Politicon in Nashville, TN – followed by other cities across the U.S 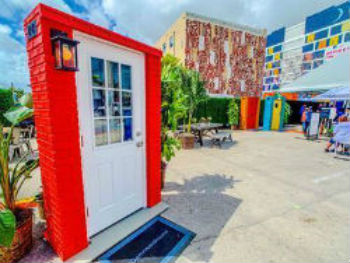 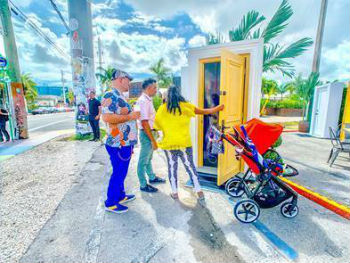 Common Ground: Immigration is a pop-up exhibit featuring nine unique stand-alone doors demonstrating the common ground we share on immigration. When users open the doors, the exhibit will take them through a journey that highlights how our country has enjoyed unparalleled success through the interconnectedness between non-immigrants and immigrants.

Americans for Prosperity Foundation and The LIBRE Institute believe the partisan divide, on both sides, does not represent the point of view and will of the majority of the American people. Unlike the narrative of division many times seen in headlines, there are strong areas of agreement among Americans on one of the most debated issues. That is why we are fighting against the dominating narrative of division, and instead highlighting our nation’s common ground.

Some are convinced that there is little value in talking about immigration because it’s too contentious and too divisive. This campaign reveals that in reality there are key areas where Americans agree and share common ground and are able to unite around shared values.

The pop-up exhibit will also feature a food truck and live DJ.

Common Ground is a project of Americans for Prosperity Foundation and The LIBRE Institute, proudly supported by Stand Together.